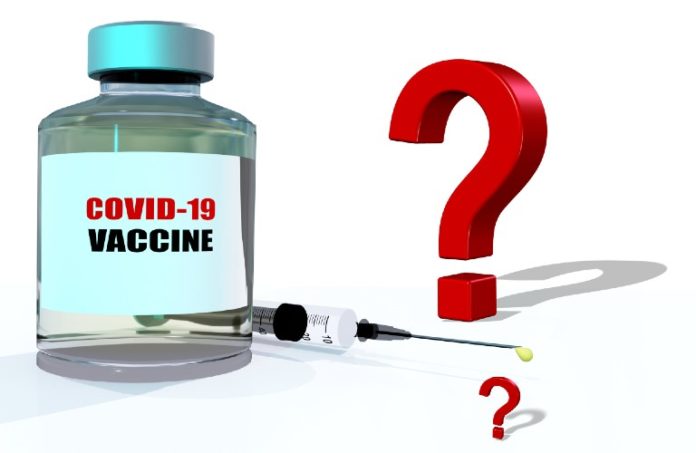 President Joe Biden is doing a good handling the COVID-19 pandemic, 62% of those surveyed in the latest Monmouth University poll said. These approval ratings are not enough to convince everyone to get the vaccine, though.

Nearly 1 in 5 adults remains unwilling to get vaccinated.

Patrick Murray, director of the independent Monmouth University Polling Institute, said it appears the rapid increase in COVID vaccinations over past month has not made much of a dent in the number of Americans who remain opposed to getting the shot.

Currently, 21% of Americans claim they will never get the vaccine if they can avoid it, which is down a statistically insignificant 3 points from prior polls (24% in both January and March). However, the number who say they want to let other people get it first to see how it goes before getting it themselves has dropped — from 21% in March to 12% now.

Note that the survey was completed before federal authorities called for a pause in administering the Johnson & Johnson vaccine due to potential side effects.

“The number of people who have been skittish about the vaccine has dropped as more Americans line up for the shot, but the hard-core group who want to avoid it at all costs has barely budged,” he said. “The recent news about J&J vaccines is probably not going to help that situation. On the other hand, it might not make it all that much worse, since much of this reluctance is really ingrained in partisan identity.”

Demographically, adults under age 65 (25%) continue to be more likely than seniors (11%) to rule out getting the vaccine. There are no discernable differences by race, though, with similar number of whites (22%) and people of color (20%) saying they will avoid getting the vaccine if they can.

Just over half (51%) of the adult population reports having already received at least one COVID jab, and another 14% say they will get the vaccine as soon as they are allowed. Democrats (67%) are more likely than independents (47%) and Republicans (36%) to report being vaccinated.

More white Americans (54%) than people of color (45%) report having already received a shot.

In other poll findings, Biden currently holds a job rating of 54% approval and 41% disapproval. His rating last month stood at 51% to 42%. The president gets a 95% approval rating from Democrats and an 88% disapproval rating among Republicans. Independents are divided, at 47% approve and 43% disapprove.