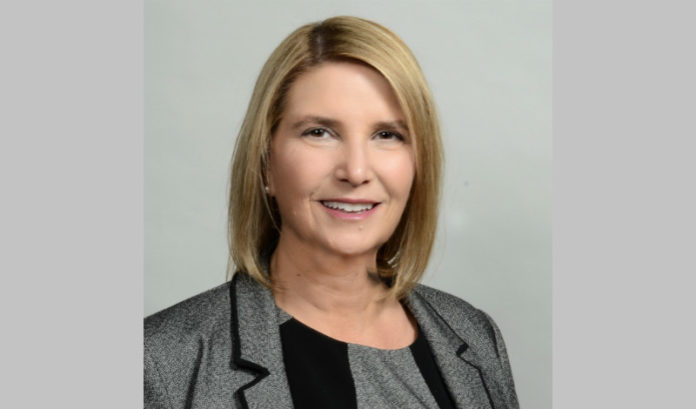 Cathy Bennett, the CEO of the New Jersey Hospital Association, remembers when she feared the state was reaching its COVID-19 breaking point.

It was last April. Bennett — along with hundreds of health care professionals — was watching a WebEx presentation where a doctor sent from the Department of Health and Human Services in Washington, D.C., to a hospital in New Jersey, was giving a demonstration on how “co-venting” works.

In other words — how hospitals could share a ventilator among their COVID-19 patients.

“Folks from the White House came to us as an association and said, ‘Maybe it’s time your members learn about a battlefield practice called co-venting,’” Bennett recalled them saying.

“This is something that has never been done in a conventional hospital setting. But they came up and did a demonstration here in New Jersey that most of us watched remotely. That, to me, would have been the tipping point, if we ever had to go there.”

Fortunately, the state did not reach that point.

But Wednesday — the one-year anniversary of the peak hospitalizations in the state — brought back a flood of memories for Bennett.

But the real concern was the ventilators.

On April 14, there were 1,705 people on ventilators. This, just days after the state reported it had only 61 left.

It was during those dark days that hospitals were being taught how to potentially share the ventilators. And worse, how to determine the order of eligibility — should there not be nearly enough.

Bennett, who can only exhale at the gravity of the situation the state and her members were facing then, recently talked with ROI-NJ about all that has happened in the year since the peak.

The conversation is edited for space and clarity.

ROI-NJ: When you when you look back on that day, what do you think? What’s the first reaction?

Cathy Bennett: My first reaction, truthfully, is how proud I am that our entire membership — 72 acute care hospitals, 325 specialty hospitals and all our long-term care providers — pulled together to respond to this pandemic.

ROI: Describe the NJHA’s role during those first weeks and months?

CB: We were trying to bring everyone together. I had a score of weekly calls with our members and with their leaders — and not just the CEOs. It was with distinct specialties, the physician executives, pharmacy leads, labs. These interdisciplinary teams all became so critical. We were sharing information and they, in turn, were talking about their innovations.

Pulling that all together, so everybody could see what others were learning, is what helped us come out on the other side. There was just this tremendous collegiality and openness to sharing information and best practices. It was phenomenal.

ROI: Where does it stand today? What is the working relationship between the NJHA and the hospitals and among your members? How has it all changed?

CB: We’ve got to work to maintain that level of connectivity. We had times when people were low on (personal protective equipment) and, knowing what was available in other places, we were able to pick up the phone and make a call. I hope that can be part of the new normal.

ROI: Does that mean working with more folks outside of the NJHA, too?

CB: Absolutely. In addition to all the work we did directly with the health care systems, one of the things that is going to be key for preparation for the future is working with other partners.

We set up regional health care coalitions, four of them throughout New Jersey. And, within those, we had all types of partners, including public health providers, (Office of Emergency Management) officials and municipal officials. We were all talking about what we were seeing taking place within the region. I think that’s something that has to continue, and we have to build it out.

ROI: The NJHA serves its members, but, as its CEO, you need to operate a business, too. Talk about those internal challenges?

CB: I’m so proud of the work of the NJHA team. They took on this all-consuming response. But, we had to make sure our employees were OK, too. We had to make sure that as we shifted almost overnight to a fully remote organization, that we balanced our business and financial operations together with balancing with the needs of employees.

There’s certainly a mental health component to it. It was really important for the emotional well-being of our people that we stayed connected, even virtually. That was one of our greatest lessons learned. We had to be clear and we had to be precise when we were communicating, so that there was no room for ambiguity. But we also recognized, as we were doing it, that we had to keep circling back to the big pictures of what were we doing, and why, so that everybody remained connected to what the mission was. For us, that really played into the sense that we were contributing to this amazing response.

ROI: Of course, there’s a financial challenge, too. You rely on dues from members who are hurting financially like never before. How are you managing that?

CB: This was a year unlike any other. Everyone has seen the reports on the financial impact. To recognize that, we gave our core members what’s called a dues holiday. They’re not paying any dues to belong to NJHA this year.

We’re fortunate we’ve managed our money really well and built up a reserve. That’s what we’re working on to fund our operations.

ROI: Last question. We started with the worst-case scenario of a year ago, when no one had any idea how this would play out. Today, there is a sense of calm and confidence that we are past this. The numbers aren’t what they were, but, with 2,319 in the hospital, 459 in ICUs and 239 on ventilators, COVID-19 is very much with us. Are you concerned that people think this is over?

CB: That’s one of our big challenges. We’re thrilled with how many New Jersey residents are vaccinated, but we know we need to keep up that pace of vaccination because of all these variants. That, truthfully, is something that a lot of people haven’t been paying attention to. But we’re watching it and monitoring it. We don’t want to be Europe. We don’t want to see stay-at-home orders reinstated.

ROI: We don’t want to see any more demonstrations on how two people can share one ventilator.

Atlantic Health gets $80K grant to promote mammograms in Return to...