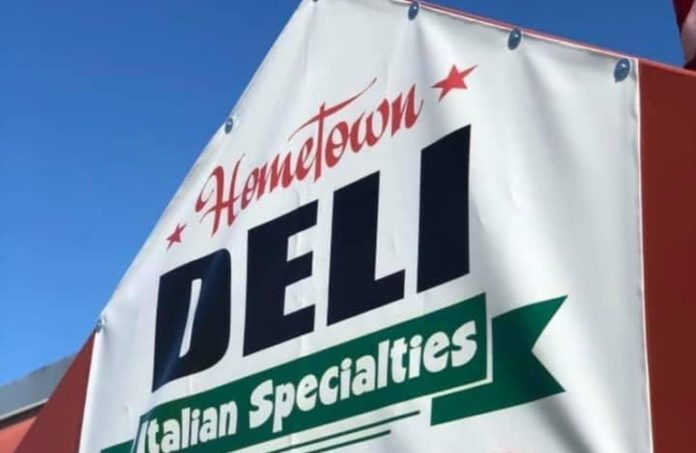 Here are a few numbers about Your Hometown Deli in Paulsboro:

It sounds crazy, but it’s true.

That’s why the deli, which is the only business for Hometown International, is the latest stock to be all over the news.

Or, at least it was Thursday, when a letter from hedge fund manager David Einhorn offered a warning about retail investors. (CNBC breaks it down here.)

“Someone pointed us to Hometown International (HWIN), which owns a single deli in rural New Jersey … HWIN reached a market cap of $113 million on February 8,” he wrote in a letter to clients published Thursday.

“The largest shareholder is also the CEO/CFO/treasurer and a director, who also happens to be the wrestling coach of the high school next door to the deli.”

He also offered this bit of advice.

“The pastrami must be amazing,” he wrote.

How this happens isn’t exactly clear. This is not a repeat of the GameStop phenomenon.

Hometown rarely has more than a few hundred shares change hands per day. Often, there are no trades logged in an entire trading day, according to FactSet.

And it certainly has nothing to do with performance.

We asked a local stocks expert to try to break it down. The person did not want to be named — but did offer this background:

A: As we saw recently with GameStop stock, sometimes share price and trading volume have little to do with the reality and performance of the underlying business. The Hometown situation shines a bright light on this, where the company’s market capitalization — simply, the number of shares outstanding multiplied by the share price — bears no resemblance at all to the company’s actual value.

ROI: How can there be that many shares of a single-location deli?

A: There are generally no restrictions on the number of shares a corporation can authorize and issue. In this case, I understand that all the shares are owned by approximately 60 shareholders, so this is certainly not a widely owned and traded company.

ROI: Is there any good reason why a small deli would/could/should become a public company?

A: Normally, a stand-alone deli would have no reason to go through the process, which is generally costly, time-consuming and laden with legal and regulatory risk. However, if, as was reported here, there are legitimate plans to expand and grow into a more fulsome chain of similar businesses, then there might be a rationale behind it. But generally, the answer is a big fat (sandwich) no.