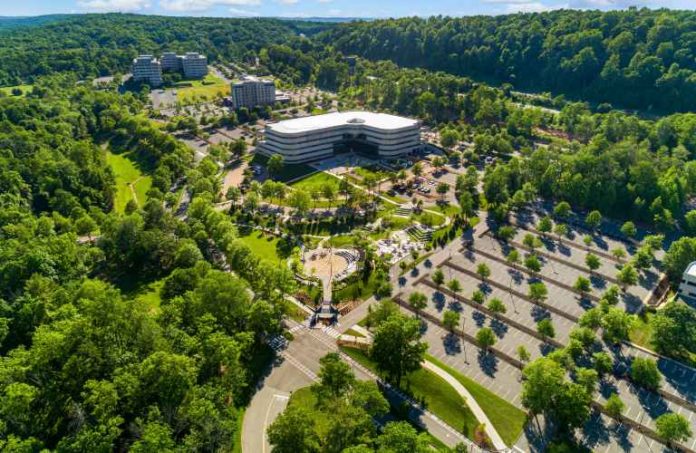 Real estate developer Shane Connell told local leaders more than five years ago that what the suburban commuter corridor Berkeley Heights needed was a live-work-play center with an urban vibe.

The millennial workforce would come back home, he said then.

Today, Connell believes the concept he advocated for — which became the reimagining of a 185-acre Berkeley Heights property, a still-in-development project called the Park — holds more promise than ever.

“Already before COVID, there was a shift with millennials in their 30s moving as they started families, started thinking about school systems, affordable living, being around less density and the other conveniences of being in less dynamic environments,” Connell said. “New Jersey has experienced that movement in a big way, especially during the pandemic.”

Connell, an executive vice president at the Connell Co., is helping to transition the property into an attractive destination for future generations of workers. He’s doing it by turning to some of the examples the millennial-friendly tech sector already had set — the college campus-like venues on the West Coast.

“And what’s fascinating is that you see the tech industry — Facebook, Apple and the other Silicon Valley giants — growing real estate uses during the pandemic,” he said. “Even with remote work, they see the campus work solution as vital to their culture. What we’re doing is designing a similar style of campus, but with multiple tenants.”

The $400 million redevelopment will bring flexible workspaces, residential options, dining, fitness amenities and other hospitality offerings to the township. An on-site health care and wellness center was even added recently, with services provided by Eden Health.

“That means we now have a primary care physician and physical therapist available to anyone on the campus,” Connell said. “They’ll work with you if you want to do an analysis of your health. You can also pair up with an on-site nutritionist.”

The development remains predicated on certain concepts that had their viability thrown into question by the pandemic. The campus plans to boast beer gardens, event spaces, indoor eateries, retail spaces and other entertainment — none of which would’ve seen full use over the past year.

However, Connell said the development features just as much of a commitment to outdoor spaces, such as outdoor dining, a dog park, walking and jogging trails. He said that, from the start, he’s viewed outdoor spaces as “critical in how people will work and socialize going forward.”

He also believes that the sort of shared work environment that’s already been curated at the site, the 40,000-square-foot coworking space Round Table Studios, will square with the flexibility as well as collaboration that today’s mix of remote and in-office workers are looking for.

The Park’s business community — which already includes L’Oreal, Celgene and Samsung as tenants — began reopening its offices in the summer of last year.

In March, the Berkeley Heights town council unanimously approved rezoning approval that will allow Connell to begin construction this year on a pedestrian-focused, urban-style development at the Park called the District.

The plans include more than 300 apartments, along with experiential retail and entertainment offerings that will connect person to place. Entertainment and dining options will include duckpin bowling, a Southern California-style taco stand, a brewery and beer garden with rooftop event space, a dog park, athletic fields and an additional 30,000 square feet of retail space.

Connell is confident the District will catch on. He said he’s hearing from more companies at this point of the pandemic. These are companies that don’t want to go back to New York City or other urban centers as they plan to bring workers back to offices, he said.

Terrible as the circumstances of the past year have been, Connell said he’s gladly welcoming renewed interest in suburban real estate.

At the same time, the larger redevelopment of the live-work-play site continues on. It’s not expected to be fully completed until 2023.

“This is a major investment,” Connell said. “The way we look at it, this is a generational, legacy asset. It’s a commitment.”

Importer signs lease in Woodbridge as it awaits completion of new...