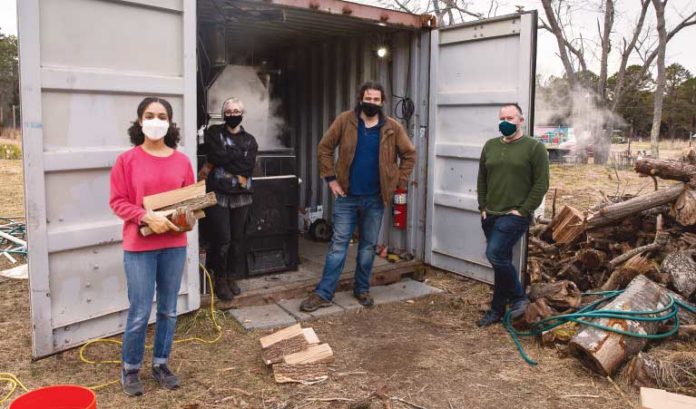 Stockton University’s Maple Grant Team has produced its first batch of New Jersey maple syrup, the university announced earlier this month. Over the winter, the team collected 1,000 gallons of sap from about 90 red maple trees on the Galloway campus. It recently boiled down the sap to produce 11 gallons of maple syrup.

A group of Stockton professors received a three-year, $410,000 grant from the U.S. Department of Agriculture last year to determine if the state’s red maples can produce enough sap to generate a cottage industry in the state. The university is also partnering with eligible private homeowners in the region to collect sap and data.

“Even sap collected from a single tree is enough for one or two pancake breakfasts,” Stockton professor Aaron Stoler said in a prepared statement.

For more information on the project, go to: stockton.edu/maple