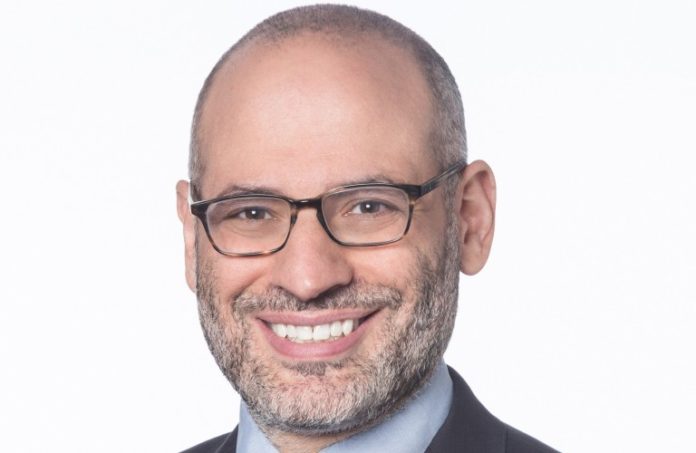 Avi Kelin can see the next phase of autonomous vehicle usage in New Jersey.

“The easiest examples are closed-looped environments — like a college campus, where it’s a fixed route at slow speeds,” he said.

From there, the state’s huge e-commerce industry should get boost.

“Think about long-haul truck drivers,” Kelin said. “It’s much easier to use autonomous vehicles on the highway. Autonomous vehicles are ready to do that. And, maybe you have a human driver who’s ready to take over once they enter the city limits or get off the Parkway or Turnpike.

“The technology is ready for this.”

The state is not.

Kelin, chair of the Autonomous Vehicle group at Genova Burns — believed to be the only such practice group in New Jersey — said the state needs to step in and set up the industry.

Determine licensing, insurance, reporting, compliance — all of that, he said.

“It’s important that the state gets ahead of this, so we don’t want to have a patchwork of laws where I can’t take my vehicle from Hoboken to Jersey City,” he said.

Right now … there’s nothing on the books. Literally nothing, Kelin said.

“There’s nothing that prohibits autonomous vehicles, but there’s also nothing that permits them,” he said. “The laws all have the assumption that there is a human driver.”

The state did — or was. Kelin was on a New Jersey State Task Force on Autonomous Vehicles, a group that was active in 2019 and in the beginning of 2020, when it prepared a report with recommendations for the governor and the Legislature in early March.

Then, the COVID-19 pandemic hit.

“People have been focused, rightly so, on COVID since then,” he said. “So, we’ve gotten lost in the shuffle a bit.”

ROI-NJ recently caught up with Kelin to discuss all of this. Here’s a look at the conversation, edited for content and clarity.

ROI-NJ: Let’s start with the business side. Are there companies eager to have an autonomous vehicle business in New Jersey — or is this still a business that works best in wide-open spaces, perhaps out West?

Avi Kelin: We’re working with a lot of clients now, mostly in the operator realm. There are two types of companies in this. There are the traditional automakers, which are all getting into autonomous vehicles now. And then, there are the companies coming in from the technology side.

We’re seeing a lot from the second group. They want to bring this technology to the streets. They’re looking to pursue government contracts for airports and roads, things that will improve transportation in our region. But they are hesitant.

ROI: Why is that?

AK: One company that we’ve been speaking with has autonomous cars and trucks on the road in many states and many countries. They want to operate in New Jersey, but they want to know what the law says. I have to tell them that the laws are completely silent on autonomous vehicles. That company decided that it’s not going to operate here until there’s more of a licensing and regulatory process in place that would allow them to have comfort.

They have enough issues to figure out on the engineering and the technical side without worrying about the legal side.

ROI: Assuming the laws get worked out, what will this industry look like?

AK: There are different ways that people have approached it. In some cases, like Google, it’s been to take an existing car and put their camera sensors on top. But, we’re starting to see companies designing their own vehicles to take advantage of this technology.

We’re not there yet. But, ultimately, the whole design of a vehicle can be rethought. If you don’t need a steering wheel, if you don’t need side mirrors, you don’t need the current design. You can be facing the other way. Those thoughts are starting to come online now, but, for the most part, the clients that I’m working with have an existing and proven engine and they’ve just put their technology on top of that to make the car autonomous.

ROI: Talk about the advantages of autonomous vehicles.

AK: One thing COVID has shown is that autonomous vehicles can be helpful. They’ve done things like delivering vaccines and food. In a situation where you don’t want to have a lot of human contact, or you want to have more social distance, it makes a lot of sense to have deliveries done without a human driver. And then, there’s the safety.

ROI: Safety — or perceived safety — is going to be an issue. What will it take for people to feel safe with the technology? And will some be more accepting than others?

AK: There’s definitely somewhat of a generation gap. People that I’ve spoken with who are a little bit older than me (Kelin is 36) have said, ‘I would never go into a car that can drive itself, I want to be control of it.’ But 100% of the people think they’re an above-average driver. The math doesn’t work out on that. There’s going to be a transition period, but that’s always the case with new technology.

ROI: What would compare the situation to?

I think we’re at the same stage now. The technology is there, it’s ready and it’s probably safer than human drivers. We had 39,000 deaths due to auto crashes in the U.S. in 2019. I think we can do better than that. Autonomous vehicles are the way to reduce those deaths and reduce those injuries and reduce those damages. But we need societal buy-in.

ROI: Let’s turn to you. This is such a young sector; how did you get involved in it?

AK: It’s funny story. I had to write a paper in law school about an issue or a problem in society and propose solutions. I read an article about where autonomous vehicles were — and the technology was not as advanced as it is now — and it made me think of all the implications it could have.

Think of real estate and parking. Cars can park miles away if they don’t need a driver. Think of commute times — would people have a longer commute if they didn’t have to drive? I actually won a prize for that paper because there really was nothing in the legal sphere about those issues at that time.

I’ve tried to write articles and give lectures and attend CLE courses ever since then to keep up on it. That helped me get on the task force. So, it’s really been one thing built on top of another since that one law school paper eight or nine years ago.

ROI: It sounds as if you’re going to have perfect career timing. Where can this sector go in the state in the next three, five, 10 years?

AK: There is huge potential. There are a lot of companies that people have not heard about that have raised a whole lot of money — companies that are not called Amazon, Google or Tesla.

As I said, the most important thing that the state can do now is pass legislation that would give a licensing process to give companies comfort that they can operate here. I think then we would see an inrush of investment from private companies, and we could create an innovation hub in the state.

We are a logistics state, we have tons of warehouses and delivery. I think this industry is a natural fit with what we’re already doing.