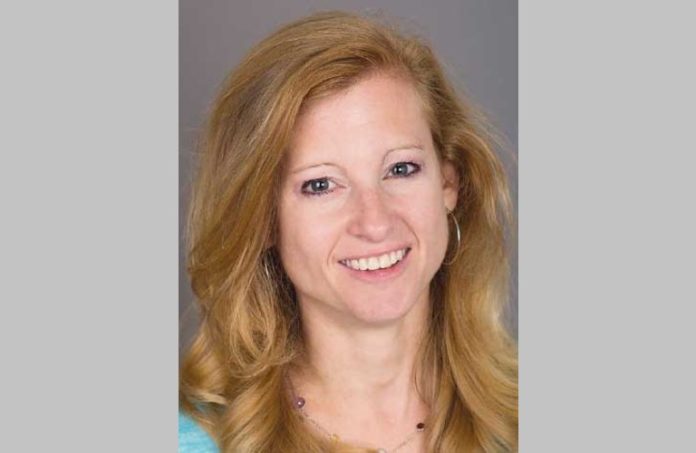 The issue is easy to describe, Laura Overdeck said.

“If a student can’t add, there’s no point in trying to teach them to multiply,” she said.

But such simplicity does not begin to describe the issues facing K-12 education during what many consider to be a lost year.

How will parents, teachers and education officials fill in all the gaps in knowledge that are being created — and, in many cases, exacerbated — because of the disruptions that have come with hybrid or virtual learning?

The question is being asked more and more these days, as many school districts are returning to more in-person instruction. The problem won’t be solved quickly.

That’s why the Overdeck Family Foundation, in conjunction with the New Jersey Pandemic Relief Fund, announced Monday that it is partnering with The College of New Jersey’s School of Education to launch the NJ Summer Tutoring Corps Program.

The eight-week program will provide tutoring this summer for thousands of K–5 students who have experienced pandemic-related learning loss. Kids in groups of 3-4 will meet with a tutor for three hours a week beginning in late June.

Overdeck, the founder and president of Bedtime Math, said the program will work this way:

Once again, it is something that is easy to describe, hard to implement. Overdeck sees that.

“There’s a need for a massive air traffic controller,” she said. “That’s where TCNJ comes in. We needed a hub and they have stepped up.”

A difficult task, yes. But it comes with the potential for oh-so-special rewards.

“The thing about tutoring is setting the kids on the right foot,” she said. “I’m a big believer in the thrill of victory. Kids have had so much isolation and loneliness. And, of course, their self-confidence has been beaten down because they have fallen behind in school.

“You can fix a lot of that just by having a kid totally nail it and get that ‘aha moment’ in learning. Tutoring brings that. If you can fill in the gaps and set a kid on that path, then they can take off and they’re excited. That’s what we want.”

ROI-NJ talked with Overdeck about the summer tutoring program, Bedtime Math and how the pandemic will impact education moving forward. Here’s the conversation, edited for space and clarity.

ROI-NJ: What was the impetus for the NJ Summer Tutoring Corps Program?

Laura Overdeck: So many kids are missing out on learning — and the ones who missed out on the most were often the same kids who were behind before the pandemic. I think something we forget is this: New Jersey is first in the nation for K-12, but, even with that, only 48% of kids are proficient in high school. And that’s just not acceptable. So, we already had a problem. Now, it’s worse. And you can’t just push kids through material that they cannot succeed at.

This is where high-dosage tutoring makes all the difference. It’s one of the few interventions that universally has been shown to work, because you finally give a kid a toehold on what they’re missing. And, when you fill in that gap, they can go back to school in September and have some idea what’s going on and actually succeed.

ROI: The program is being run by TCNJ, but we’re guessing you’ll be taking teachers from anywhere?

LO: Absolutely. We have education schools at so many universities around New Jersey. There are all these teacher candidates. Kate Foster, the president at TCNJ, calls it a win-win because so many student teachers didn’t get the classroom time they need. So, the chance to work in-person with kids this summer will really make a huge difference for them, too.

ROI: Let’s get more into the procedure of how you will make a match. Different kids have different needs. There will be a lot of special education students, too. How will you make that work?

LO: There will be a diagnostic test up front as a way to identify weak areas. We’ll start there. And the reason why we’re reaching out to the education schools, as opposed to just any college kid, is because a lot of these student teachers get their degree jointly with special ed. So, they’ve gotten some preparation of that.

Kids will have a range of needs. That’s the ideal thing about these small groups. The tutor can really get to know those students. It’s three hours a week, for eight weeks. So, hopefully, these tutors can really figure out what these students need and try to get them through it.

ROI: Let’s take a big-picture view. Eight weeks is great. But it’s not a year. I’ve spoken with an educator who feels the whole state should do a redo, bring all kids back in the same grade because they have missed so much. Do you think she’s right?

LO: I can see her reason for saying it — and I would almost take it one step further: You actually want to do that in any year. But here’s what I mean: You don’t want to do it by year, you want to do it by topic. What she’s getting at is the need for self-paced learning. She’s getting right at that same point: If you can’t add, why would you go on and multiply?

I’ve talked to a lot of teachers this year through Bedtime Math because we’re working in a lot of schools. Teachers have talked about the pressure to keep moving forward with the kids when they know that kids are not solid on the topic yet. That’s tough in any subject. Certainly, if a child can’t read at the second-grade level, if you push them into the third-grade textbook, they’re not going to learn what they should. With math, it’s even worse, because math is cumulative.

If they want to start over in September, it would be fine — as long as they recognize that some kids kept learning. Some kids in fact, learned more, and you don’t ever want to have a kid sit and wait. If they started over with true self-pacing, I think that would be the best solution.

ROI: Self-paced learning. I’m not sure if that’s good or bad — I just know it’s different. And education is slow to change. Do you think it will be more open moving forward? Is it possible that one tiny silver lining in all this is that districts have seen the value of new teaching methods?

LO: I think so. And I certainly hope so. This was so disruptive this year — it really was the classic, necessity is the mother of invention. And, I think that people could not help but notice how many things could be improved.

A lot of math curriculum from for-profit publishers was so dry. We knew that already, but it became so obvious when it got boiled down to the worksheets and the things on the screens. I think it became really obvious how uninspired that is and how we should do better for our kids. So, absolutely, I’m hoping that it sticks. I hope we don’t slide back into our old wagon rut.

ROI: Which is a nice transition into Bedtime Math. What started out as, obviously, math before bed is now more like 24/7 math. We’re guessing it gained a lot of traction with districts this past year. Explain the concept?

LO: Bedtime Math is all about catching kids young and helping them love math, so they embrace it and excel at it. We like to say we give kids their math wings. Kids need to fly. We don’t start out not liking math. But, somehow, we have a whole nation of adults who are afraid to calculate the tip. That’s just not OK.

We want to catch kids while they still love numbers. Numbers bring beautiful patterns and order and a kind of calm. Kids like to learn how to count. They start off on a great foot; somehow, somewhere along the line, we’re messing it up. And Bedtime Math is here to try to fix that.

ROI: How do you do that?

LO: We have an at-home offering, after school and in-school. The at-home is our app that serves up fun math conversations for parents to do with the kids. After school, we’ve got a math club where any kid with a pulse can go and just have a blast, seeing math kind of blossom in their hands — really lively, colorful, active math activities. And then, now, we’re taking those activities and we’ve aligned them to standards.

Schools are asking us to come into classrooms with activities that make math more visual and tangible, so any kid can kind of find their entry ramp into it so. That’s where we are today.

ROI: An entry ramp into math and learning. Sounds good. Sounds like the goal for the summer.

LO: It is. Even if tutoring is just eight weeks, if we can give them that rocket fuel and that running start and that aha moment, where, suddenly, the squiggles on the board makes sense, I think there’s a ripple effect that can keep going even after you stop. That’s what we’re hoping for.

And, honestly, we’d love to keep the tutoring going after this summer. But that’s a whole later conversation.