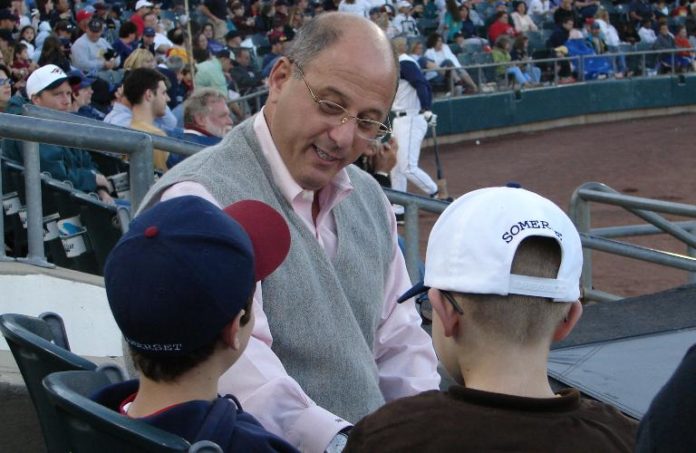 It was at the end of a long dinner event nearly 10 years ago. As I was getting up to leave, a man I had never met came up to me, shook my hand and said, “Keep breaking stories.”

He walked away before I could respond.

The following week, I got a call: Steve Kalafer wanted to talk.

It turned out that Kalafer, a Hall of Fame business leader who owned car dealerships, a minor-league baseball team, served on a variety of boards, participated in numerous philanthropic efforts and was nominated for four Academy Awards as the producer of documentaries, loved journalism.

Especially at the local level.

Kalafer said he loved the power and prestige the industry once had. He longed for it to have such importance again. He somehow knew I was then the editor of NJBIZ.

“Society was better when every politician woke up wondering what was going to be on the front page of the paper,” he told me during our first talk.

Our conversation started a wonderful friendship, one where Kalafer and I would talk about local, state and global issues involving politics and society — everything from the rising taxes that made him want to pull his many business interests out of the state, to the Volkswagen diesel scandal that hurt one of his car dealerships but hurt his sense of right and wrong even more, to the fact that he shared the savings he got from President Donald Trump’s tax cut with his employees. More than 700 were given $500.

“Be kind, be fair, make money, do good — that’s the ethos of our company, and it has served us well for 42 years,” he said then.

Sometimes, our calls were on the record; often they were not. Some led to stories and scoops, others were just about family — he was immensely proud of his and always asked about mine.

Our last call was about the Somerset Patriots franchise he owned. It was now going to house the Double-A affiliate of the New York Yankees.

He called it a “dream come true” for him and his family.

“I’ve always looked at the Yankees as the gold standard in baseball and sports as a whole,” he said. “It is how we’ve modeled the way we’ve conducted our business at the Somerset Patriots since Day One.”

Many business leaders in New Jersey have modeled their career after Kalafer.

Kalafer was born in Essex County on Aug. 1, 1949. He was raised in North Caldwell, the son of a small business owner.

He graduated from Rider University in 1971, but his entrance into the work world starting much earlier. A 2005 profile in the New York Times said he got his first job at age 12 as a Fuller Brush salesman.

Kalafer must have felt he was a good salesman. At 26, he bought his first auto dealership — the start of what would become the Flemington Car and Truck Family of Brands. He grew the business into 17 brands and eight locations. And grew as a businessman as well.

Kalafer founded or co-founded several successful businesses. He was the chairman and founder of Princeton/American Communications and the Healthcare Information Network; chairman and founding investor of the Somerset-based health care/pharmaceutical company Pharmagistics; and founding investor of RVA Consulting LLC, a management consulting firm that merged with Cartesian in 2007.

He served on numerous boards, including the New Jersey Business & Industry Association, where he was on the board of trustees for more than two decades.

His business acumen made him plenty of money — he was one of the wealthiest people in the state. But he also was one of the most generous, publicly and privately supporting many philanthropic endeavors that impacted the state, including domestic violence and support for cancer patients and their families.

He had said he founded the Somerset Patriots and the independent Atlantic League in 1998 to help fulfill his passion for baseball — and to provide low-cost family entertainment.

Kalafer also had a passion for education. He was a longtime contributor to New Jersey Institute of Technology, where he joined the board of overseers in 2014. A baseball scholarship at the school is endowed in his name.

NJIT awarded him an honorary Doctorate of Humane Letters last summer during the virtual commencement ceremonies for the class of 2020.

“COVID-19 has changed the world as you know it, but you are going to change the world as we know it,” Kalafer said in his acceptance speech.

His greatest honor may have come last November, when he was inducted into the New Jersey Hall of Fame.

“This is a tremendous honor that I share with my beautiful wife of 49 years, Suzanne, two wonderful sons, Jonathan and Josh, and their wives, Kori and Rachel, and my five amazing grandsons,” Kalafer said then.

“Through their love, and all the people I have had the privilege to work with and get to know over the years, I already felt like a hall of famer. Having lived in New Jersey my entire life, to be inducted with such a prestigious class that represents my home state so well, is something that will always make me proud.”

Kalafer had a passion for storytelling. He was a gifted producer of documentary films.

His films — which include “Sister Rose’s Passion,” “More,” “Dropping Out,” “Curtain Call” and “Bottom of the Ninth” — earned four Academy Award nominations as well as awards at the Sundance and Tribeca film festivals.

He served on the New Jersey Motion Picture and Television Commission under Gov. Tom Kean’s administration and served as treasurer and trustee of the Actors Fund, a nonprofit group that helps performers and others who work behind the scenes in film, theater, television music and dance.

He was awarded the Actors Fund of America Medal of Honor in April 2013.

Yes, Kalafer loved stories. Including print and digital ones.

When I helped start ROI-NJ four years ago, I knew I wanted to have Kalafer in the first print edition. Someone of his stature would give our publication stature.

Kalafer responded, agreeing to talk for the first time about his decision to pull his ads from NFL games — his personal protest over players taking a knee during the national anthem.

A week later, he called me back.

He said he was getting great feedback on the story — and that he loved our first edition. He reminded me that he always was happy to help my journalism startup in any way he could.

He had only one request: “Keep breaking stories,” he said.