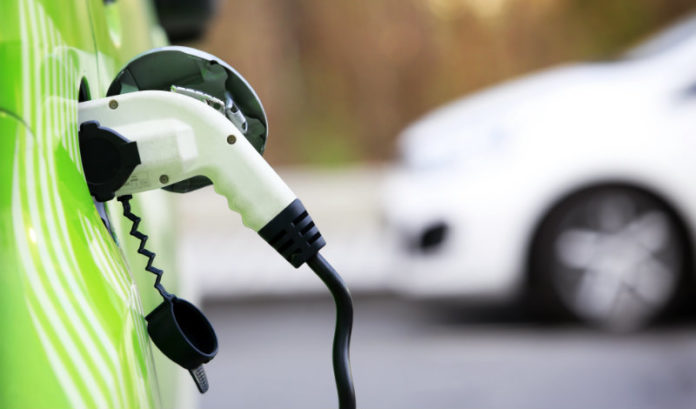 Ralph Izzo, the chair and CEO of Public Service Enterprise Group, said he can’t understand it.

“When you look at the conditions in New Jersey, it really does result in you scratching your head to say, ‘Why don’t we have more electric vehicles in the state?’” he said.

“We have this high population density, short commuting distances, a mass transit system that’s functional, but not ubiquitous. We have a high per-capita income population, and yet, I think we’re 11th or 12th in the nation in electric vehicle penetration per unit of population.”

Perhaps what the state needs is an innovative idea that will help spark a move toward more electrified transportation options. That, at least, is the goal of the 2021 TechUnited: BetterPlanet Challenge.

The Challenge, run by TechUnited: New Jersey and sponsored by PSEG, was announced Thursday during an Earth Day 2021 event.

The winner, which will be announced at the Propelify Innovation Festival from Oct. 4-8, will be awarded $50,000 and given an opportunity to be mentored by PSEG and others.

To enter the competition, applicants must be under $2 million in revenue and have a product of service that addresses the challenge statement. Applications are due by midnight Aug. 13.

Izzo said PSEG can’t wait to see the entries — and work not only with the winner, but potentially others, too.

PSEG, he said, doesn’t always get to hear from entrepreneurs and startup founders — something Izzo said the company needs to accept some blame for.

“Small companies will often say, ‘Getting on your preferred vendor list or getting onto your supply chain network is a bit of a challenge,’” he said.

Izzo said last year’s BetterPlanet Challenge showed PSEG how beneficial these types of relationships can be for the company. Gaining familiarity with the 59 companies who entered was good for PSEG.

Izzo said he has been particularly found of the relationship PSEG has made with the 2020 winner, WexEnergy — a company with ideas to help prevent energy loss through windows.

“It’s something that really wouldn’t have happened, had we not engaged in the way we did last year,” he said. “I’m sure that we’re going to have a similar story to tell this year.”

Gov. Phil Murphy, in a taped appearance, said the state will benefit from the Challenge, too.

“New Jersey is the ultimate corridor state,” he said. “Our transportation networks, our roads, bridges, rails and ports are the veins through which hundreds of billions of dollars in economic benefits flow.

“Modernizing our key infrastructure to be more sustainable over the long term is critical to our economic prowess. And we must ensure that these benefits are born from a core belief in environmental justice, and an economic and social equity.

“This is how we will build a New Jersey to fully replace its mantle and legacy is the hub of innovation that changes the world. I cannot wait to see what ideas come out of the 2021 BetterPlanet Challenge.”