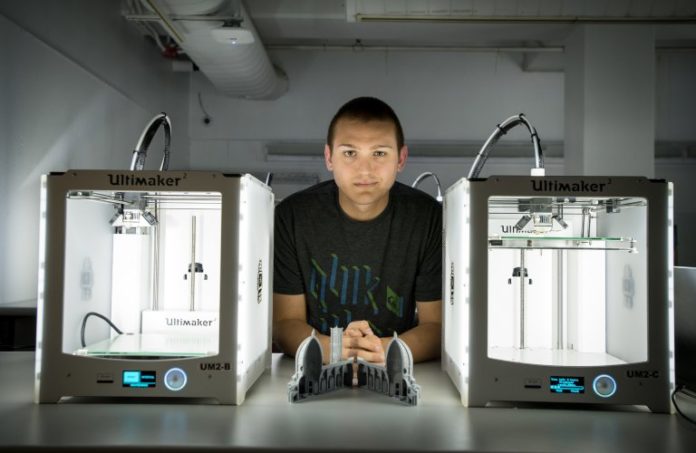 As the U.S. emerges from lockdown and its travel-starved populace returns to roads, tunnels and bridges, a national conversation about the future of the country’s neglected transportation infrastructure — and what it will take to make it resilient, sustainable and smart — is beginning to pick up steam.

Infrastructure engineers face monumental challenges in the 21st century that require simultaneous problem-solving on several fronts: how to quickly assess the structural health of thousands of roads, bridges and tunnels; how to repair and rebuild them, including in emergencies, to last in a dramatically changing world; and how to reduce the sector’s carbon footprint.

Working with partners at the city and state levels, New Jersey Institute of Technology researchers are busy devising and testing next-generation materials, technologies and systems that will help usher in this new era in transportation. Students, the future professionals who will implement these changes, are embedded in the labs that develop them.

In NJIT’s Materials and Structures Laboratory, Noah Thibodeaux is concocting a series of concrete mixtures containing varying levels of old, pulverized roadway. The lab, which is working with the New York City Department of Transportation to determine the feasibility of using recycled aggregate in new projects, is focused on its near-term performance and durability over time, as well as its impact on the environment.

“It’s important to assess the reusability of building materials to construct sustainable infrastructure in the future,” said Thibodeaux, a Ph.D. student in civil engineering.

As urban centers boom and congestion builds, traffic safety, air quality and productivity suffer. Managing this growth, while mitigating its harm, is another huge challenge that civil, mechanical and electrical engineers, computer scientists, physicists and industrial designers attack from several angles. Among their goals is the creation of smarter cars and saner streets with technologies that optimize rideshare networks and defuse traffic jams.

Toy versions of cars retrofitted with custom-designed systems, from wheels that can parallel park to a braking system that employs algorithms to control an electric motor, tool around assistant professor Cong Wang’s Control Automation Robotics Lab, where they are guided by remote drivers at gaming-style steering wheel and pedal control stations. They are then deployed on the streets of a miniaturized Newark, a novel assessment platform designed by Joyoung Lee, an associate professor of civil engineering, to evaluate the impacts of connected and automated vehicles on drivers, passengers in autonomous cars and pedestrians.

In a real-world test, NJIT and the city of Newark are collaborating on a system that includes state-of-the-art traffic detection, air pollution sensors and vehicle-to-infrastructure communications along arterial roadways with traffic lights. The goal is to reduce the number of congestion- and emissions-producing stops, vehicle idling and delays at traffic signals.

Nicholas DeNichilo ’73, M.S. ’78, CEO and president of engineering firm Mott MacDonald, North America, takes on transportation, water and energy infrastructure projects such as a 1.9-mile light rail line that will provide a single-seat ride throughout Los Angeles County, linking the metro area’s 80-station system to Southern California’s regional passenger rail, Metrolink. Vatsal Shah ’08H, M.S. ’09, Ph.D. ’14, a civil engineer with Mott MacDonald, oversees the design and construction of foundations for some of the largest wind and solar farms in the country.

Tom Bergeron discusses the impact of COVID-19 on the restaurant industry...