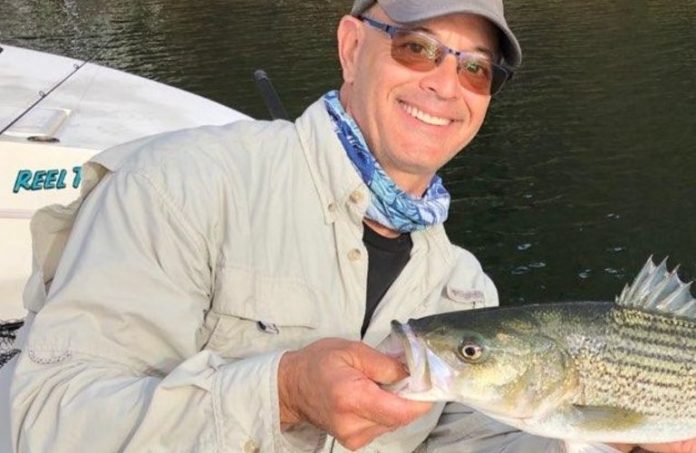 As someone who makes a living fishing in the Atlantic Ocean off New Jersey, I’m thrilled by the Biden administration’s sweeping commitments to offshore wind development, which include advancing an inaugural project off of our coast.

Recreational anglers see firsthand that warming waters — driven largely by the burning of fossil fuels — mean summer flounder, black sea bass and other game fish are disappearing from our waters as they move farther north than ever before, disrupting fisheries management and throwing off fish migration patterns. Our reliance on fossil fuels for electricity also harms fishing in other, less noticeable, ways, such as ocean acidification and mercury pollution.

Increased acidity is altering our marine ecosystems and creatures. Years of scientific research gives us a clear understanding of what is going on — and it is not good. The ear bones of many game and forage fish are composed of calcium carbonate. Increased acidification alters these bones and can affect the fishes’ sense of smell, sense of direction and hearing. Scallops, clams, mussels and oysters are all composed of calcium carbonate, and they are experiencing softer shells. The molting cycles of crabs and lobsters are changing and slowing down. Even some plankton are seeing changes that affect their survival rate, growth and physiology.

Freshwater anglers also know that every freshwater stream, pond, lake and river in New Jersey comes with a fish consumption warning. All New Jersey waters are contaminated with heavy metals from burning fossil fuels for electricity to our west. This is especially true for mercury that builds up in such freshwater game fish as bass, catfish and yellow perch. The same is true for such saltwater species as striped bass, bluefish and tuna, as mercury accumulates in game fish higher in the food chain.

Whether your concern is warming waters, ocean acidification or mercury contamination, this much is clear: Fossil fuel generation hurts our fishing, and the sooner we can transition to cleaner alternatives, the better.

Thankfully, rapid advances in offshore wind turbine technology over the past three decades have drastically improved capacity, offering a cost-effective, large-scale alternative to fossil fuels. Turbines far from our shores, including those planned off New Jersey, can produce nearly twice the amount of electricity our country uses today. The thought of powering a million homes in New Jersey without burning fossil fuels should excite every fisherman out there.

The overwhelming majority of anglers that I meet with see the fishing potential wind turbines will bring. It’s not only the structure in the water and the new habitat it will foster, but also the ecosystem benefits inherent to a transition away from fossil fuels. We believe wind farms can coexist with — and even improve — fishing along the coast, provided that project developers abide by these three principles of responsible development:

We are fortunate that the administrations of Gov. Phil Murphy and President Joe Biden are providing leadership on offshore wind power. This is an exciting moment for New Jersey anglers and residents to realize the many benefits of responsibly developed offshore wind.