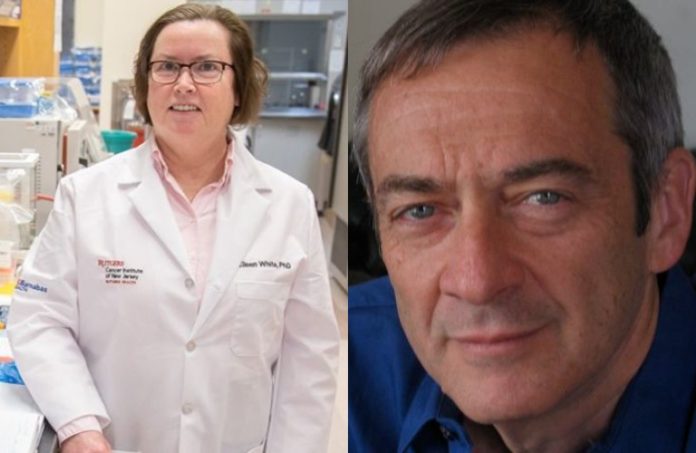 Eileen White of Rutgers University and Peter Constantin of Princeton University were among 120 new members elected to the National Academy of Sciences, the group announced this week.

The honor is given in recognition of distinguished and continuing achievements in original research. Thirty international members also were elected.

White, the associate director at the Rutgers Cancer Institute of New Jersey, was one of 59 women to be so honored — the most elected in a single year.

National Academy of Sciences President Marcia McNutt said the list represents the efforts of women in the field of research.

“The historic number of women elected this year reflects the critical contributions that they are making in many fields of science, as well as a concerted effort by our academy to recognize those contributions and the essential value of increasing diversity in our ranks,” she said.

“I am pleased to welcome all of our new members, and I look forward to engaging with them in the work of the National Academies.”

White, a distinguished professor of molecular biology and biochemistry at Rutgers, was named an associate director of the Princeton branch of the Ludwig Institute for Cancer Institute earlier this month.

Constantin works on partial differential equations with emphasis on equations arising in nonlinear and statistical physics, and in particular on Euler, Navier-Stokes and related equations of fluid mechanics.