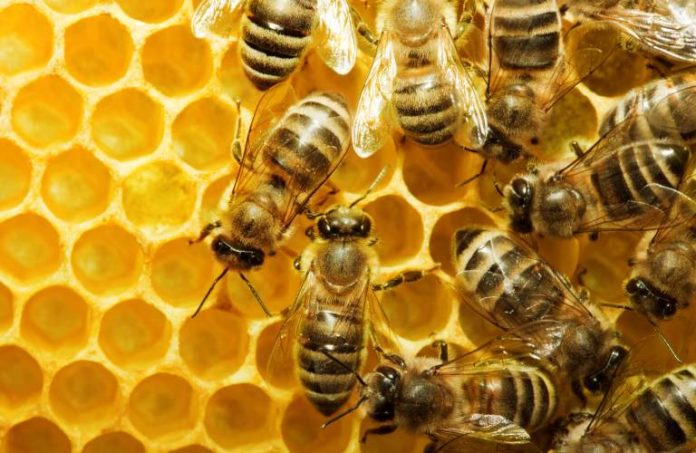 A broad coalition of environmental organizations is urging Assembly leaders to move forward with passage of A2070/S1016, a bill that eliminates unnecessary nonagricultural use of neonicotinoid insecticides.

The bill passed the Senate a year ago with bipartisan support, 33-6.

The group believes neonics are neurotoxins that decimate bees and other wildlife populations, extensively contaminate New Jersey’s water and lands, and may be harming the health of residents.

Ed Potosnak, the executive director of the New Jersey League of Conservation Voters, said the issue is serious.

“Don’t be fooled by front groups for chemical companies with innocuous-sounding names,” he said. “Widespread use of toxic pesticides, like bee-killing neonics, are scientifically proven to be anything but environmentally friendly.

“Pesticide companies can’t be allowed to continue to put profits over the health and well-being of our residents and food supply. We urge Speaker (Craig) Coughlin to quickly post the ‘Save the Bees Act’ for a final vote to do our part to save the bees.”

This much is clear: New Jersey’s pollinators are disappearing, with beekeepers losing between 40-50% of their colonies annually for most of the last decade, the group said.

Honeybees are a $7 million industry in New Jersey and — along with wild bees and other pollinators — help pollinate nearly $200 million worth of fruits and vegetables annually. These include some of the state’s most valuable food crops, including blueberries, cherries, apples, peaches, pumpkins, cucumbers, tomatoes and squash. Rutgers University research indicates many of these crops are “pollinator limited” — meaning a lack of pollinators is already resulting in lower crop yields.

The coalition of environmental groups said a large and growing body of science confirms that widespread neonic use is a leading cause of pollinator losses and links neonics to declines in birds, the collapse of fisheries, birth defects in white-tailed deer and a variety of health harms in other mammals, including humans.

Drew Tompkins, the director of policy for New Jersey Audubon, said placing targeted restrictions on neonicotinoid pesticides is critical to protect not only the state’s bees, but also the health of ecosystems overall.

“These dangerous pesticides kill aquatic invertebrates, which are foundational to our food chains, and can even kill or cause sublethal harm to larger animals such as birds,” he said. “The Legislature must take the smart, well-tailored actions proposed in the ‘Save the Bees’ bill, and we thank the sponsors for their leadership.”

The group said a recent report by the Department of Environmental Protection shows that neonic pollution in New Jersey is widespread — finding neonics in over half of 250 water samples taken from 123 sites across the state, with most detected levels exceeding the U.S. Environmental Protection Agency’s chronic benchmark levels for harms to aquatic ecosystems.

Jennifer Coffey, the executive director of the Association of New Jersey Environmental Commissions, said the issue impacts everyone.

“Restricting their use is one of the first steps we can take to protect ourselves and future generations from further dangers of this neurotoxin. Instead of waiting for more drastic effects of neonics, we need to act now.”

“The widespread damage done by neonicotinoids to the health of bees and other insect populations has spread throughout the entire food chain — including humans,” she said. “It is way past time for us to curb the use of them and try to correct the abuse we have heaped on our ecology and environment.”