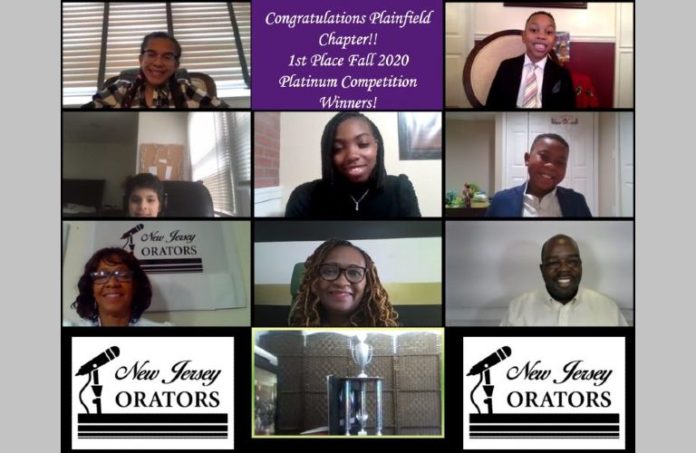 Eloise Samuels kept seeing the same problem when she was interviewing young people — especially those from underserved communities: a general lack of communication skills.

But, before you assume this deficiency was the result of too much texting — or anything related to the digital world — know this: She was observing the problem while working at Bell Communications Research. Back in the mid-’80s.

Back then, when Samuels asked around, she discovered she wasn’t the only one seeing the issue.

That’s why Samuels and a small group of fellow executives started NJ Orators, a nonprofit founded on the importance of communication skills in achieving academic and career success. The goal, she said, is to develop these skills early.

Samuels and her co-founders felt it was important to be “more preventative, as opposed to being reactionary” in building verbal skills, she said, which is why the nonprofit targets youth ages 7-18.

As the organization approaches its 36th anniversary, Samuels said its relevance is as important today as it was when NJ Orators began in 1985.

“Research has shown that, if you teach young people a little bit of time, and you apply that time toward a skill set, that they will retain it over time,” she said, which is why NJ Orators chapters meet for no more than one hour weekly.

NJ Orators, headquartered in Bridgewater, is entirely volunteer-based, with student groups divided by age meeting in a 5-to-1 ratio of youth to coaches, Samuels said.

In addition to practicing their verbal skills, they also have a “teachable moment” and chat about current events. Samuels said Amanda Gorman’s Inauguration speech and the Derek Chauvin trial were two examples.

Students also are exposed to literature not shown in the typical middle or elementary school, said Samuels, such as African American, Latin American and Caribbean American literature, as well as literature of the African Diaspora.

Each fall and spring, the chapters take part in a competition. This year’s spring event began last Saturday and will conclude this Saturday.

“What we’re looking for them to do is to use their critical thinking skills to not only write their own original oratory, but to interpret what is out there in literature in their own words,” Samuels said. There are nine different categories students can choose from and advance on throughout their time in the program, she said.

Samuels said the growth of the group has been pleasing to see.

Over the years, NJ Orators has grown steadily. It now has 23 chapters — including two in Eastern Pennsylvania.

Samuels, who was recently awarded the Manhattan Institute Civil Society Fellowship, said NJ Orators’ true goal is national expansion. The potential is there.

Samuels said the demand for new chapters is growing, with requests from New York City, Atlanta and as far away as Los Angeles. But even though she and the seven-member board are eager to expand the organization nationally, they want to do it in a way that ensures enough volunteers are in place to maintain program quality.

“COVID forced us to really visualize the rollout of our organization nationally,” she said. “I can set up a chapter in Atlanta and not physically be there.”

And, while that is easier, a virtual rollout comes with challenges, Samuels said.

“We still need to physically be there to establish that rapport with that community organization that we’re working with, and to ensure that the quality of the program is not watered down,” she said.

Rutgers study: Role of women in workplace has dramatically changed

African American Chamber is about getting business — and improving its...