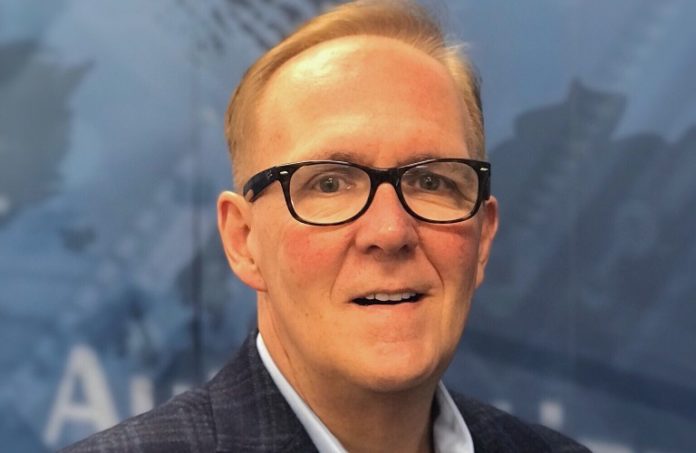 Cybersecurity companies deal with a number of threats. And, sometimes, one of the worst, especially for a 20-year-old business in the industry … is losing relevance.

Over the course of two decades of cybersecurity work, StrikeForce Technologies Inc. has had to stay ahead of what hackers are coming up with — and their competition, as much or more so.

So, George Waller, the company’s co-founder, said the Edison firm has found a way of doing that during the pandemic. It’s a service inspired by the virtual meetings they have had to do with their clients’ technology executives in the usual course of business during the lockdowns.

“As someone in the cybersecurity industry, I’ve felt so uncomfortable even logging into these video-conferencing platforms,” he said. “If you think about it … what’s going on with Zoom? People are ‘Zoom-bombing’ meetings because of the lack of authentication. But that’s hardly the worst thing going on: Someone can put malware on your computer and listen to the audio and watch the video of your contacts and customers.”

Even as more companies pour additional revenue into the multibillion-dollar cybersecurity industry — a market that research firm Gartner Inc. projected would reach $170.4 billion in 2022 — Waller claims none of the now widely-used video-conferencing platforms have the hallmarks of a cybersecurity firm’s protective touch, such as encryption, security and privacy controls.

“These technologies right now are one of the biggest targets for hackers right now,” he said. “Basically, it says: ‘You want in? Come over here. Attack me.'”

He said it should be taken as an ominous sign that FBI divisions, including one in Boston, are warning people of an increase in pranksters and more nefarious cybercriminals invading video-conferencing platforms. Waller added that attacks and data breaches are already at all-time highs, and bad actors are constantly exploiting new vulnerabilities.

Waller believed StrikeForce had the makings of a company that could create a more secure option among the suite of video-conferencing platforms that remote workers are adjusting to. The local cybersecurity team is calling its solution SafeVchat.

StrikeForce’s other products include ProtectID, one of the industry’s pioneering user login and “out-of-band” authentication tools. Basically, it’s a security step that has users authenticate that they’re logging into a service by verifying it on their mobile device, often with biometric data such as a phone’s fingerprint reader.

That solution helped two of the company’s clients in September 2020 — when they started to get authentication requests on their phones from Russian IP addresses.

“It turned out that it was the SolarWinds supply chain attack that our solution stopped,” Waller said. “Our customers happened to use (the SolarWinds software), a banking client and a legal firm. Neither was breached, because they were using our technology. Well, that same tech is in our conferencing platform.”

SafeVchat, which StrikeForce began rolling out at the beginning of this year, incorporates several of the company’s existing security solutions. One of those is PrivacyLok, a product marketed as a way of keeping cybercriminals from tampering with a computer’s video feed, speakers and microphone.

“The truth is, you don’t even have to have someone enter a video-conference session and be in it to have audio and video compromised by a hacker,” Waller said. “You could have spyware on your computer listening to everything a customer is saying, or your lawyers talking about intellectual property, or other sensitive data.”

Waller doesn’t view the uptick of video-conferencing as a passing fad. He expects the use of it to be heightened even after concerns about the safety of in-person environments has dissipated.

Part of the pitch for the typical, everyday video-conference user is that the platform’s authentication tools for those joining meetings doubles as a way of providing statistics and analytics for businesses — how many hours, for instance, salespeople were on conferences, how many people joined and how long those guests remained on the call.

“We’ve realized that there’s also an opportunity for a video-conferencing solution that’s not only addressing the security issues that no one is doing anything about, but able to help businesses be more productive and profitable with the use of this technology,” he said.