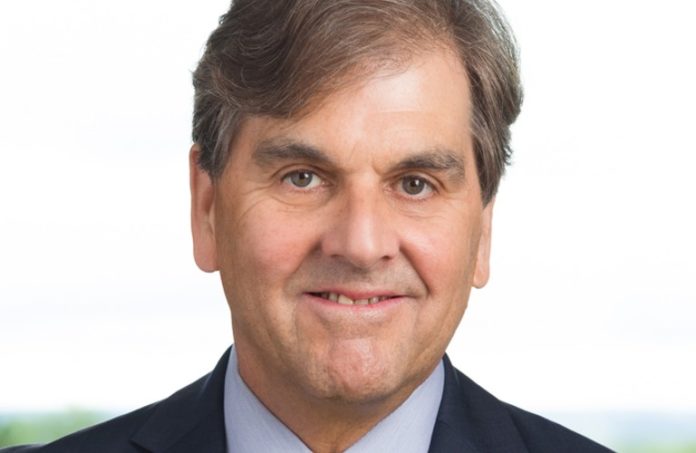 The Paycheck Protection Program brought the promise of funds and forgiveness. That was too tempting to pass up for some businesses that really should’ve passed on it.

Thomas L. Hofstetter, a banking lawyer at a Florham Park-based law firm, said the enforcement arms of the country’s Treasury Department and Small Business Administration are promising something else: There’s going to be a high price to pay for those that secured PPP funds and forgiveness fraudulently.

The partner at Schenck Price Smith & King LLP said last year’s COVID-19 relief aid was dedicated to select qualifying businesses for purposes such as paying employee payroll and rent. Fraud investigations are being launched against borrowers that missed the memo.

“The fraud comes in when someone got that money and didn’t use it for the intended purpose, or they weren’t entitled to receive one of these loans in the first place,” he said. “It’s coming to a head now, because it’s in the forgiveness aspect of this when the fraud is going to be uncovered.”

To be more exact: The CEO and president of the state’s banking trade organization is rooting (again) for the SAFE Banking Act, which would allow financial service organizations to work with state-legal cannabis businesses if they wish to.

Banks haven’t been able to have that sort of safe harbor due to cannabis being labeled an illegal substance on the federal level. McWeeney said that’s been a challenge for banks and cannabis businesses alike.

The prospect of changing that is contained in the language of the SAFE Banking Act, which passed the U.S. House of Representatives in April with strong bipartisan support.

“With this act, which passed in the last Congress but died in the Senate after it never went anywhere, there’s reason to be optimistic something will happen because of the new makeup of Congress,” he said. “It’s something we’re supportive of and closely monitoring.”

Right now, there’s only a handful of banks that have been willing to risk getting involved with relationships with cannabis businesses, McWeeney said.

The local banking association leader expects this to be a growth industry that many more banks should be benefiting from.

“And I don’t know if all banks will jump in,” he added, “but we want our businesses to be able to be in this industry if they want to be, without the threat of violating federal law.”

Whether these loans will be fully forgiven or not is a question at the forefront for many businesses, Hofstetter said. According to him, it’s also during this part of the government loan program that one of several possible instances of fraud might carry consequences for a business:

In the best case, the ineligibility for a loan or for loan forgiveness is uncovered and all that happens is that the money has to be paid back in full.

The worst case is, well, much worse — namely, running afoul of any number of laws.

That might include the False Claims Act, which levies financial penalties of three times the amount of the falsely acquired funds, plus additional fines. There’s also the Financial Institutions Reform, Recovery, and Enforcement Act of 1989, or FIRREA, which comes with penalties of up to $1.1 million per violation.

In January, the U.S. Department of Justice announced its first civil settlement involving alleged violations of both those statutes. According to a news release from the agency, it was a case involving SlideBelts Inc., a California-based internet retailer that was bankrupt despite allegedly claiming it wasn’t to receive approval on the PPP loan application.

“That’s an example of the severe consequences on a civil basis, but there are also various criminal penalties that can be imposed: wire fraud, bank fraud, conspiracy and financial statements frauds,” Hofstetter said. “So, you can be nailed with criminal charges as well as the civil penalties.”

The banks who gave these loans — they’re largely off the hook.

“Basically, the government is finding these banks as harmless for any malfeasance and fraud committed by borrowers,” he said. “Banks weren’t expected to do their normal due diligence in granting these loans. They didn’t have to go the extra mile because Congress wanted to get this money out fast.”

Hofstetter left off with a caveat: While banks might not be liable for potential fraud on the part of borrowers, they might be put right back on the hook if they withhold information about fraud.

“So, banks are under pressure to report this to these investigating agencies and regulators,” he said.

Newark port project named finalist, in contention for up to $100M...