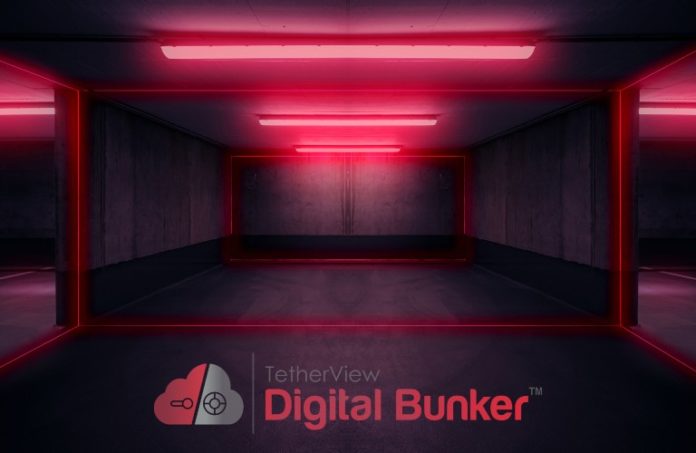 In a pre-World War II structure where U.S. Army officials once plotted lines of attack, Michael Abboud’s company builds systems ready to fend off the next strike … from a far less tangible enemy.

TetherView‘s wargames are not altogether different from those hosted years ago at historic Fort Monmouth’s Russell Hall, where the cybersecurity company is based. And, in a new work-from-home environment, the battleground calls for new strategies.

From its military base-turned-headquarters, it just rolled out what it calls the Digital Bunker, a custom-tailored security solution it hopes deals with some of the complications of companies wanting to bring all their data to all their employees, everywhere.

Abboud, the company’s CEO and its 2014 founder, won’t deny he’s seen an influx of business from the transition to remote work over the past year. Anxieties about more people accessing data from different, potentially compromised devices has raised the demand for the company’s virtual desktop and secure cloud solutions.

“But there’s still a lot of folks taking what they believe is the path of least resistance, especially companies with less than 100 employees,” he said.

What Abboud often hears is smaller companies feeling content with subscription services such as Microsoft’s Office 365. However much he recognizes the value of those tools … and however much he realizes business owners trust themselves or their staff, he still has to ask: What will happen if someone does click a phishing email and enters a password?

Mistakes happen, he says. So do costly damages and business interruptions.

“The path of least resistance is rarely the most secure or compliant way, especially when you’re trying to equip someone for remote work,” he said, adding that, on its Digital Bunker platform, users get assigned passwords across their devices and “they don’t even know the passwords to applications, so they can’t inadvertently log into someplace and do something foolish.”

Abboud knows he’s in a crowded field. Cybersecurity companies are lining up by the dozen to advertise their foolproof solution to businesses that are increasingly aware of the price of a hacking incident.

The local company believes what it has is something special — and it markets itself accordingly. The Digital Bunker system, Abboud said, consolidates what’s usually fragmented in the industry — such as regular information technology maintenance, threat monitoring and cloud services — into one platform.

“I think of a quote from Einstein, ‘Everything should be made as simple as possible, but no simpler,’” he said. “We’re trying to simplify pieces of the IT environment. We look at the industry’s heterogeneous approach — solving for things independently that shouldn’t be independent — and we’re trying to, in a crass way of what Einstein said, ‘Keep it simple, stupid.’”

The goal of an all-in-one virtual desktop system that can be accessed from different types of devices, and what Abboud believes is especially important in the work-from-home warzone that cybercriminals have capitalized on, is reducing a company’s IT footprint.

“By eliminating a lot of moving pieces from the environment, you can improve your ability to be compliant,” he said. “We can allow a work-from-home team to be compliant with any regulator in the United States.”

TetherView touts that its Digital Bunker is compliant-ready enough for security-sensitive industries, including the financial sector, aerospace and defense industries.

Those industries, in particular, benefit from having more control over what a remotely working contractor has access to.

“Our (virtual desktop platform) allows them to hire some of the best minds in the world, on a short-term basis, and then take access away completely at the end of their engagement,” he said. “The company also has controls and visibility over what’s going on throughout.”

Cybersecurity companies such as theirs don’t expect the protections they’re offering to be any less important during the proposed migration of workers back into office settings this year.

Abboud explained that movement is going to involve a lot of data (a pandemic year’s worth, at least) migrating from personal machines back into office computers, too.

“As there continues to be this ebb and flow of work culture expectations … folks are going to have to make sure they don’t lose control of their data in the process,” he said.

Technology will change every job, exec says at Women Designing the...