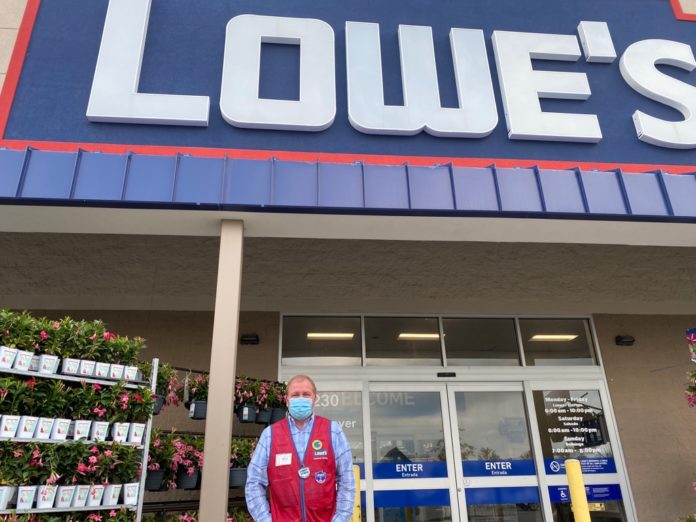 Mike Urenko said he didn’t know what he would find when the Lowe’s store he manages in Morristown began its National Hiring Day program at 10 a.m. Tuesday.

The company is looking to hire more than 1,000 seasonal, full- and part-time positions in its New Jersey stores as it heads into its busiest season. Urenko said he was hoping the day might result in a dozen or so hires for his store.

“I felt very positive going into it,” he said. “I thought the company did a great job of letting the country know about it, and I saw it on my local news this morning. But you never know how these are going to turn out.”

In Morristown, it went just fine … starting at 9 a.m. — when the first potential new employee arrived an hour early to fill out an application.

“We quickly gave him an interview and hired him on the spot,” Urenko said.

At a time when many businesses — especially those in the retail and restaurant sectors — are struggling to fill their open positions as the nation comes out of the pandemic slowdown, Urenko said Lowe’s isn’t having an issue.

The National Hiring Day was conceived as a way to help the company staff up for the summer, its busiest time, company officials said. Nationwide, the company is looking to make 50,000 hires.

If the Morristown store is any indication, the goal may be in reach.

Urenko said the Morristown Lowe’s did not have an employee slump during the pandemic. He cited two reasons.

While other retailers are having to bump up to entice workers, Lowe’s officials say the company has long paid a more-than-competitive starting salary — one that is based on years of experience in retail and/or building or construction jobs, where essential knowledge of tools and supplies has been gained.

“We can’t really give a typical starting salary, because it is based on so many different factors, based on their experience,” Urenko said.

Lowe’s officials, however, did say they have made employee compensation a key metric in recent years.

In 2019 and 2020, Lowe’s invested over $1.4 billion in incremental wages and equity programs for frontline associates, officials said.

Lowe’s officials said these benefits have helped them attract a good mix of older and younger employees — and both male and female associates.

“We’re seeing that today,” Urenko said. “Of course, that doesn’t surprise me. Just look around the store and you’ll see it.”

And so it went Tuesday — a steady stream of potential hires. Each got an interview on the spot. By 5 p.m., a dozen had been hired. Another was being interviewed.

Not everyone was hired. A retired longshoreman — hoping he could find a job that only required operating machinery — passed when he learned all jobs involved a lot of lifting. A few others didn’t meet the mandatory minimum age of 18.

Overall, however, Urenko said he was pleased. The day had met his expectations when there were at least two more hours to go.

“It’s supposed to end at 7, but I’ve already told everyone to keep going as long as we’re open,” he said. “If people come in, we’ll interview them on the spot.”

And that goes for almost any day, Urenko said.

“This is like our Black Friday,” he joked. “We’re starting to gear up for the summer. But we’re hiring all year round.”