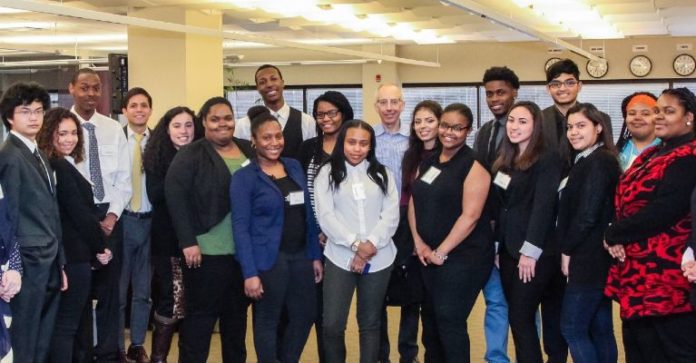 Veteran business and philanthropic leader Peter Langerman has been named chair of the board of the All Stars Project of New Jersey, a nonprofit organization that sponsors innovative afterschool development programs for inner-city youth in New Jersey.

Langerman is an executive adviser and former CEO of Franklin Mutual Advisers.

Shadae McDaniel, vice president and city leader of the All Stars Project of New Jersey, said Langerman will be tasked with working closely with board members and staff to further expand the nonprofit’s impact on youth development, social justice and poverty in Newark, Jersey City and beyond.

“We are excited that Peter has taken on such an important role for the All Stars Project of New Jersey this year,” she said. “While we have been on the ground in the Garden State for more than 21 years, 2021 holds great promise for growing our impact and furthering our work for years to come.

“Having someone of Peter’s caliber lead our board at the same time that we are expanding our programs and launching our new partnership with the New York Jets is the epitome of perfect timing.”

Langerman first became an All Stars supporter in 2007. He joined the board in 2014 and became a member of ASP’s national board of directors in 2015, where he serves as vice chair and is the co-chair of the All Stars Campaign for National Leadership.

Gabrielle Kurlander, CEO of the All Stars Project, said Langerman has had huge impact on the organization.

“Peter’s unwavering commitment to providing opportunity and development for youth growing up in marginalized communities is inspirational to me and to everyone he touches,” she said. “The All Stars Project has benefited greatly from Peter’s deep professional and philanthropic experience, his wise strategic council and his vision that innovative and bold action is needed to make our country equitable for everyone.”

In addition to his leadership and tireless efforts to raise funds to help in the fight to build pathways from the margins to the mainstreams of society, Langerman has rolled up his sleeves and worked directly with young people.

He has run Development School for Youth workshops with teenagers and young adults to help them learn about finance, recruited colleagues to give workshops, advocated for the advancement of the field of afterschool nationally and connected kids from Newark neighborhoods with youth from Temple Sinai of Summit, as part of his personal efforts to build bridges between communities.

“I am honored to be working with the All Stars Project to address poverty and make a difference in people’s lives,” he said. “I have learned a great deal during my direct work with the young people involved in our programs — most notably, how transformational our afterschool development approach can be.

“I look forward to working with our talented board and staff as we expand our reach, and maximize the impact of All Stars’ innovative programs and community partnerships in New Jersey.”