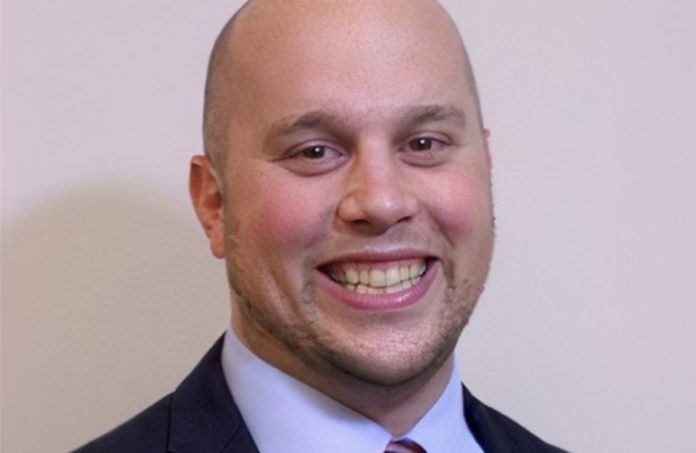 The spread of COVID-19 brought everyone home, put them on unsecured personal devices, diverted companies’ attention (and dollars) away from their firewalls and gave hackers new avenues of attack.

In other words, it was a perfect storm.

… Emphasis on “perfect,” for a local company that had the solutions, and was ready and willing to grow.

Domain Computer Services, a 75-employee firm based in Cranbury, spent two decades refining its MSP, or managed service provider, information technology and cybersecurity support tools. So, Anthony DeGraw, director of partnerships at the company, said it was in a decent spot when IT departments faced unprepared-for challenges.

After shoring up the defenses and IT infrastructure of existing clients, DeGraw said a renewed interest in IT investments led to the company attracting enough new business to have one of the best financial quarters in its history.

“We were bringing on new customers who were now outgrowing their old IT model, because they realized that their providers couldn’t keep up,” he said. “It was all about whether those (IT) companies could handle their employees all going remote, and how to get them productive and secure in that environment.”

Although the transition to remote work might be providing additional revenues to the IT industry as a whole, DeGraw implied there was an ideal size for a business to be to reap the rewards during this increased demand for services.

There’s the small shop, which might be one technician or a small team working on hourly rates — patching IT and cybersecurity holes on a reactive basis. There are also the large, national providers, which DeGraw said might provide a plethora of services, but often lose sight of the particularities of businesses and have clients calling into national hotlines.

“Then you have the middle, where we stand,” he said. “We’re able to provide a localized feel, while still having the size and scope to deliver a lot of the different areas of support with independent teams. That’s what was really required (during the pandemic).”

DeGraw said companies have recently needed to have an IT firm that could guide them through individual business impacts as well as providing the technology backbone.

Domain works with companies — primarily professional service firms, such as law, advertising and accounting firms — that want to outsource certain IT or cybersecurity functions or support their internal team, whether those are low-level IT department staffers or chief information officers.

During the past year, DeGraw said the needs of most companies have been changing. And the threat landscape has, as well, as hackers seized on the aforementioned “perfect storm.”

“And one overlooked part of that, which has also been the case in the past, was the rise in the price of cryptocurrencies such as Bitcoin,” he said. “When you have the currency that ransomware hackers demand go from $20,000 to $50,000 — there’s more money in it for them.”

It’s not exactly a one-to-one ratio, but there is more money in cybersecurity protections, too.

DeGraw said there were a lot of companies, aware of these threats, that wanted to make sure employees had the right technologies and protections to stay secure while outside office walls.

From where he sits, it sure looks like the future of work. Domain’s clients have been sometimes eradicating all traces of what once was their office footprint, or at least downsizing it.

“But, we’ve also had customers who have taken advantage of lower lease rates and expanded office spaces for when they fully come back,” he said. “We’ve seen situations that run the gamut over the past year.”

Through it all, the Cranbury-based company has been growing at a fast clip.

And it’s not waiting for the dark cloud of the pandemic to pass to do more of it.

“We’re looking at not only growing organically, but through mergers and acquisitions,” DeGraw said. “We’re looking to do that in strategic cities for this sector across the United States — specifically, Atlanta, Austin, Denver and Minneapolis.”

Merck and Veeva add onto long-term software and data partnership