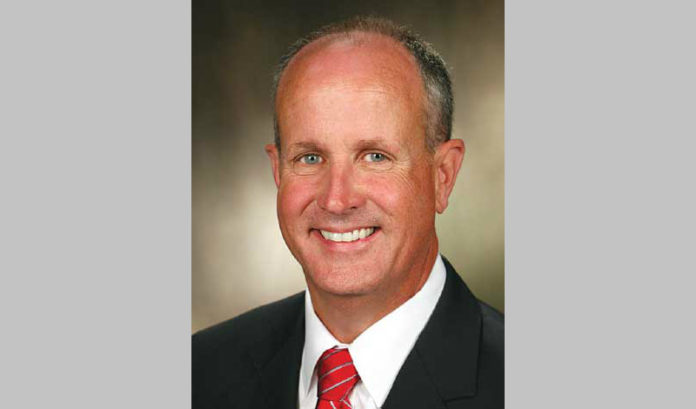 What type of company expands during a pandemic? One that has a solid board behind its plans.

That’s how Mitch Livingston, the CEO of NJM Insurance, sees it.

Livingston said NJM was confident its entry into Ohio — which came in January — would be a success because of its board support.

“NJM is in a time of rapid change,” Livingston said. “It’s a strategic priority for us to do what we’re doing from a state expansion, from a product expansion. And this board has been a strategic asset to the company.”

Livingston figures to say all this and more Monday night, when he accepts the Private Company Board of the Year at the 2021 Director of the Year Awards from the New Jersey Chapter of the National Association of Corporate Directors.

NJM is one of five to be honored.

The board of Public Service Enterprise Group will be honored as the Public Board of the Year, while three former CEOs from the state (former Johnson & Johnson CEO Bill Weldon, former Alcatel-Lucent CEO Pat Russo and former Campbell Soup Co. CEO Doug Conant) will get individual honors.

The NACD is the only national not-for-profit membership organization founded by directors for directors. Through a national presence in Washington, D.C., and 21 active chapters across the country, the NACD is the leading organization dedicated to advancing exemplary board leadership in the United States.

Livingston said he can’t say enough good things about the board at NJM during this crucial period.

NJM expanded into Pennsylvania in 2018 and Connecticut in 2020.

“I say that pointedly that our board is not just a partner, they’re an asset,” Livingston said. “The expertise, the guidance, the input that it is providing as we look to the future of the company is crucial.

“When a company is changing its strategic direction, it is important for the board to really bring the company forward. And I think our board has done that.”

And it’s doing that at a time when a board’s role — and its makeup — is changing, Livingston said.

“Our board has been evolving over the last 10-12 years,” he said. “We started with a pure policyholder board. We’ve always sort of had that policyholder vision throughout the company.

“But, over the last few years, with this strategic expansion, we’ve deviated somewhat from that. The core is still there, but we’re bringing in people with expertise, experience.”

Livingston mentions a board member from a Fortune 100 company with digital marketing experience and a member who was a former CEO of a property-casualty company.

“They bring different experiences with them,” he said.

And they bring them from different locations. NJM now has board members who live out of state.

Livingston said one of the biggest adjustments during the pandemic was having virtual board meetings.

“The first few times were a little bumpy, as we learned how to get connected remotely,” he said.

Now, he said, the conversations are as good as they were when everyone was together in the boardroom. Which leads to a different kind of expansion.

“It expands potential membership to the board,” Livingston said. “Board members don’t all have to be within travel distance to West Trenton. We’ve found we can communicate and connect with distant board members and still have effective conversations.”