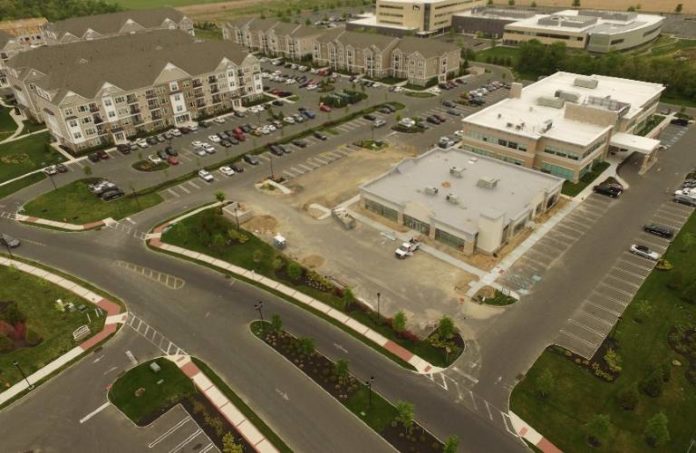 Axia Women’s Health has signed a lease expansion for a larger space at a mixed-use community in Washington Township, according to developers Atkins Cos. and Woodmont Properties.

Axia, which was purchased by a private markets firm earlier this month, will now occupy an entire 10,000-square-foot building at Washington Square Town Center, 247 Hurffville-Cross Keys Road. It had signed a lease for 7,000 square feet less than a year ago, the real estate firms noted in a news release.

“In today’s tight medical office market, it has become increasingly difficult for health care tenants to find well-located, Class A space that suits their specific needs,” Bob Atkins, managing partner of Atkins Cos., said in a prepared statement. “The ongoing success of our medical office leasing at Washington Square Town Center speaks to the tremendous unmet demand in the local market and the unique value proposition that this cross-generational community provides to tenants like Axia Women’s Health.”

Axia, a network of women’s health care offerings, including OB/GYN doctors, breast health and pregnancy centers, and more, had preleased the 7,000-square-foot space in July 2020, but opted to grow its facility as the finishing of the facility neared. The site is now scheduled to open in early summer.

The planned retail space will include a mix of health care offerings, as well, including a Mid Atlantic Retina, Strive Physical Therapy and Sports Rehabilitation, and PetCheck Animal Urgent Care, alongside traditional retailers such as Bison Coffee Co. and Lavish Nails & Spa.