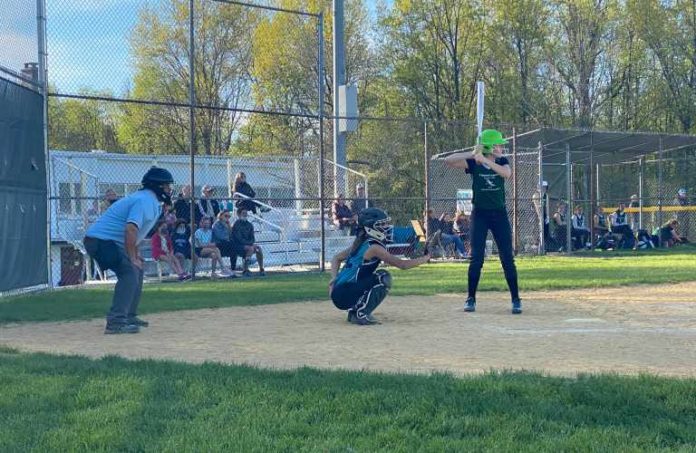 It started with a text. Then a phone call. Then another text — with the message evolving from “the ump should be there by game time” to “the ump will be there 15 minutes late.”

Lou Tufaro, one of the coaches of a juniors division softball team made up of 13- and 14-year-old girls from Morris Plains and Hanover Township, didn’t mind.

It was a beautiful Wednesday night. The field had lights. And, more than anything, there was a game to play.

If the umpire was running late from an early afternoon game, so be it, Tufaro said.

“It’s just great that the girls are out there again,” he said. “We didn’t mind waiting a bit. After a year off, an extra 15 minutes is nothing.”

The return to action in youth sports perhaps has been more celebrated this spring than any other time. After all, nearly all spring sports were wiped out by the pandemic in 2020.

But the good-nature willingness of coaches to delay the start of game hides an underlying issue that is impacting the baseball and softball world — and, presumably, all other spring sports — in New Jersey.

There is a severe shortage of umpires and referees available to call the games.

Ray Mosso, the head of an assigning service that serves the greater Morristown area — and the man on the other end of the messages — said he never has seen anything like it in his more than a dozen years in the role.

Mosso, who still umps games himself, said the situation can be traced to a number of issues — not all of which are COVID-related, including:

For some, it’s for underlying health issues. For others, Mosso said, it was a realization that they didn’t need the hassle.

“I had a few guys tell me they didn’t miss it when last season was canceled,” Mosso said.

“I had four high school games last week, and only one of them was competitive,” Mosso said.

Those type of games not only are harder to do, they last longer — which cuts into travel time for umps who would do an after-school high school game followed by a nighttime rec league game. And it makes for a longer day that isn’t much fun.

“I have a lot of guys who only want to do one game now,” Mosso said.

Taking a year off, Mosso said, caused many of them to vanish. High school juniors and seniors, who would get trained as base umpires and eventually moved to lower-level rec games, are harder to find, Mosso said.

That means more games for the veterans — and Mosso admits he may be stretching it when he says the average age of umps in his system is 50.

The numbers just don’t add up.

Manny Ramirez walked onto the field at 2:58 for a 3 p.m. game on Saturday afternoon. He said he was ready to ump the doubleheader. He didn’t even think to look for a base ump. He knew there would not be one waiting.

The doubleheader marked his fifth and sixth games of the day. Ramirez did each one by himself.

“You come to expect that,” he said.

Mosso said having only one ump is almost a certainty at the rec level — and it’s creeping to the high school level, where Mosso umps, but doesn’t assign.

“I know they work to get two umps for every varsity game, but, below that, there’s no guarantee,” he said.

Ramirez, 55, knows about the umpire shortage firsthand, as he doubles as the president of his Little League in Stanhope.

“Everyone is looking for umps,” he said.

It’s why Ramirez, who normally only umps elite-level travel baseball, has been willing to pick up softball games — at all levels — too.

“The calls never stop,” he said.

Ramirez, who said he began umping at age 15, said he missed last season terribly and was eager to get back on the field. He’s working to get others involved, too, occasionally bringing his neighbor or his 18-year-old son to do the bases.

As a recent retiree, he said the $50-60 he gets for each game certainly comes in handy. But Ramirez said he’s not picking up the extra games just for the extra money.

“It’s important for the kids to be back out here again,” he said. “And I know how much leagues are hurting to find people willing to ump.”

Teaching the Hispanic community how to network and grow a business,...