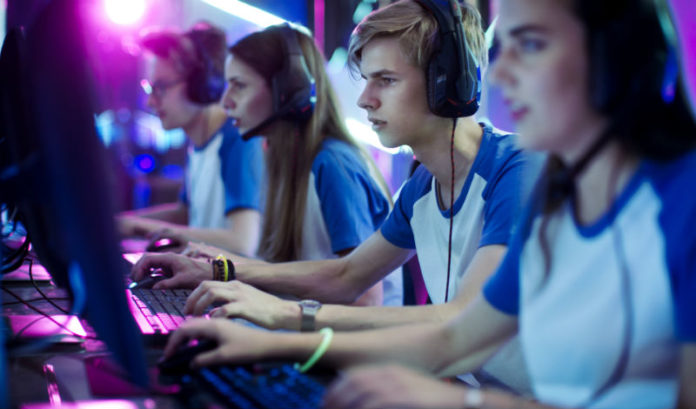 The hope of Atlantic City officials that the city could become a national leader in esports took another step in the right direction this month when the board of the New Jersey Economic Development Authority approved a memorandum of understanding with Stockton University to provide $200,000 to support the establishment of an esports Innovation Center at the university’s Atlantic City campus.

EDA CEO Tim Sullivan said assisting a young industry that has potential for huge growth falls in line with the organization’s mission.

“Establishing New Jersey as the State of Innovation requires thinking outside the box and supporting new industries that have shown strong potential for sustainable, equitable growth,” he said.

“Esports is a large and rapidly growing industry that has the potential to provide significant economic benefits to communities throughout New Jersey. The esports Innovation Center at Stockton University is a timely project that will help to establish New Jersey as a hub for the U.S. esports industry and will create new opportunities for New Jersey businesses and workers to enter the sector.”

Esports, or competitive video gaming, has been an established global industry for years and is rapidly growing in the U.S. Total esports revenues in North America are expected to reach $250 million in 2021 and global revenues are expected to approach $9 billion by 2025. As its popularity has grown, the esports industry has come to include a robust supply chain that relies on innovative technology and high-tech manufacturing to support gaming products and gear, streaming and content development, event production, software development, data analytics, machine learning/AI and esports wagering.

Among other activities, the center will focus on catalyzing industry growth by identifying industrywide technology development opportunities and hosting “hack-a-thons” and similar coding challenges focused on creating innovative solutions, working with private sector companies and colleges and universities to develop programs teaching the skills most in-demand in the esports industry, convening industry events that highlight opportunities and leading-edge developments in esports technology, and supporting esports-related research at New Jersey academic institutions.

Stockton University President Harvey Kesselman is excited by the opportunity.

“Stockton University and Atlantic City have been leaders in recognizing the potential of the esports industry,” he said. “Stockton Chief Information Officer Scott Huston helped make Stockton among the first colleges in the nation to recognize esports and its impact on the future of both entertainment and gaming technology.”

Lt. Gov. Sheila Oliver, who is heavily involved in Atlantic City through her role as commissioner of the Department of Community Affairs, said the connection between the city and gaming is a natural.

“Atlantic City has always been a top destination for entertainment in New Jersey, so establishing the city as an epicenter of the growing esports industry is a logical and exciting step forward,” she said. “The esports Innovation Center at Stockton University is an innovative project that will work in tandem with our ongoing revitalization and job creation efforts to help pave the way for equitable and lasting economic growth in Atlantic City.”