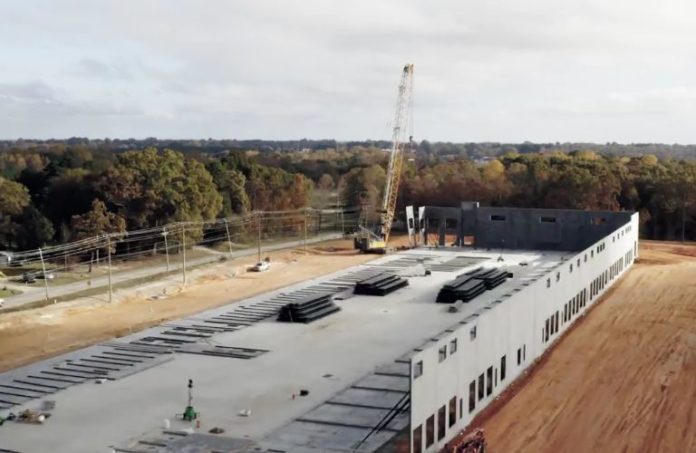 When Sudler Cos. celebrated in April about the fact that it used environmentally friendly concrete on a warehouse project in South Carolina, the Chatham-based company said it was eager to bring the idea to New Jersey for future projects.

The Legislature may soon make such an idea worth its while.

Concrete is believed to be responsible for about a quarter of industrial CO2 emissions, research shows.

The bill (A5223) would establish a state purchasing preference for low-embodied carbon concrete that incorporates carbon capture, utilization and storage abilities.

Under the bill, concrete companies would be able to submit Environmental Product Declarations along with their bids for potential projects and include their Global Warming Potential (total emissions generated during production).

State projects that use concrete would be encouraged to use products with lower GWP and would also receive incentives if applicable.

“By creating incentives, we can encourage organizations to choose a concrete product that is best for the environment and tackle the challenge to reduce CO2 emissions,” Zwicker, Timberlake and McKeon said in a joint statement.

“The concrete industry emits around double the amount of CO2 than global air travel does. Every effort we make to significantly reduce the state’s carbon emissions will create a healthier and environmentally safer New Jersey for future generations.”

In April, Sudler Principal Brian Sudler said such measure will be part of the company’s planning moving forward.

“We’re not only dedicated to providing jobs and commercial growth to the state, but are also committed to doing it in an environmentally responsible way,” he said.

“We are going full steam ahead on committing to environmental sustainability — especially in New Jersey. It’s our home base and we want to lead by example.”

State creates Office of International Trade and Investment in effort to...

N.J. praised for commitment to labor: Ranks 2nd on list of...