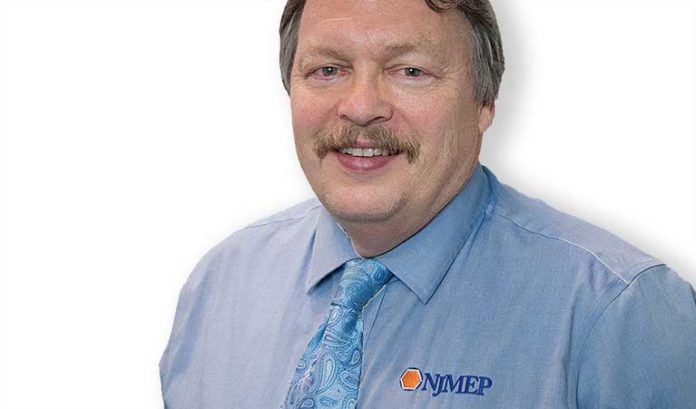 Glebar Cos. in Ramsey increased production of syringes.

Kuehne Co. in North Hackensack upped its output of bleach.

Zago Manufacturing in Newark made more of the fasteners that were needed to help ventilators run.

And Super Stud Building Products produced more of its diverse offerings of cold-formed steel framing stud, track and joist components, as well as accessories for the construction of a variety of structures. In other words, when health care systems needed to build sealed rooms to care for the surge of COVID-19 patients last spring, Super Stud Building Products enabled them to put them together.

The list of New Jersey manufacturers that stepped up during the pandemic goes on and on.

While health care professionals deservedly got recognition for caring for those afflicted during the pandemic — and pharma companies deservedly got praise for creating a vaccine in record time — New Jersey’s manufacturing community did what it always does: It quietly and efficiently made the products needed to make our daily life easier.

Recognition? That always seems to pass over the industry.

And that stops today.

When we decided to put together our first-ever ROI Influencers: Manufacturing list, we realized it needed to be more than a listing of companies with big revenues and high employee counts. It needed to be how the sector stepped up during the greatest challenge in many generations.

So, instead of creating a ranked list of business leaders, instead of listing a host of elected officials that aided in the fight — like state Sens. Linda Greenstein (D-Cranbury) and Steve Oroho (R-Sparta), the bipartisan heads of the state’s Manufacturing Caucus who show the sector is about productivity, not politics — we worked with the New Jersey Manufacturing Extension Program to provide a list of 60-plus companies that were essential to the fight against COVID-19 in ways many don’t know.

Amazingly, if we followed the flawed response models from other states, they would have never gotten the chance, and we all would have suffered more.

John Kennedy, the head of the NJMEP, remembers multiple conversations with Gov. Phil Murphy and his team in an effort to designate all manufacturing as essential, not just the companies directly related to health care, as many other states did during the early days of the pandemic.

Those conversations went quickly, as the governor immediately understood the overarching value of an effective and productive supply chain.

“You do not buy medicines without the proper labeling and containers that are produced in other plants,” Kennedy said. “And we all needed the products that medicated, fed and sustained us all during the heights of the shutdowns. A considerable amount came directly from manufacturing facilities based in New Jersey.”

The manufacturers stayed up. And they got to work.

For clothing manufacturers big and small — places such as Unionwear and Gambert in Newark, Suuchi in Carlstadt and the Tailor’s Wife, a three-person operation in Berkeley Heights — it was about pivoting to producing masks and gowns and whatever personal protective equipment was needed.

For Lamatek in West Deptford and Pro Tapes & Specialties in North Brunswick, it was about producing the tape needed to hold face shields together — or the stick-to-the-floor social-distancing signage that became ubiquitous overnight.

For Quality Packaging Specialists International in Burlington, it was about providing the packaging for products to ensure the supply chain in the state was never broken.

For Gemco in Middlesex, it was about providing the valves to the machinery needed to produce medicines.

For AZCO Corp. in Fairfield, it was about creating so many of the parts that helped all the machines doing all this work stay running.

The state is loaded with global companies that have a manufacturing side, starting, of course, with Johnson & Johnson in New Brunswick and Merck in Kenilworth. You’ll find both of those pharma giants on the list — as well as France-based companies Sanofi and Saint-Gobain Performance Plastics Corp. and Sweden-based Sandvik Coromant.

But this list is meant to recognize just some of the small and midsize manufacturers that dot the state. Most are family owned — many are in their second (or third) generation of leadership.

They used their specialty services to produce some of the biggest breakthroughs and advances during the pandemic. Consider:

Kennedy hopes there will be a growing recognition — and appreciation — of the manufacturing sector. And all the steps it takes to get a product to market.

“People will go to their ShopRite or their Quick Chek and just assume that all the things they want will be there, without any understanding of what it takes to get these items on the shelves,” he said.

Kennedy hopes there will be a greater appreciation for the more than 11,000 manufacturing companies in the state — not one of which ever worked a day from home.

“These are places that knew they couldn’t shut down,” he said. “They had to find a way to get their work done. As they always do.”

And, while the state has done much to create apprenticeship programs to create a needed next generation of manufacturing employees, Kennedy hopes the state also will pass legislation that makes it easier for the companies themselves to do business in New Jersey.

“The pandemic showed the problems we have with our supply chain,” he said. “And, while there has been a rush to say, ‘Made in the USA,’ we like our saying better: ‘Made in New Jersey.’

“We have everything we need here. We just need to make manufacturing a priority.”

That, Kennedy said, starts with a recognition of what the industry does.

The 2021 ROI Influencers: Manufacturing is our attempt to do just that.