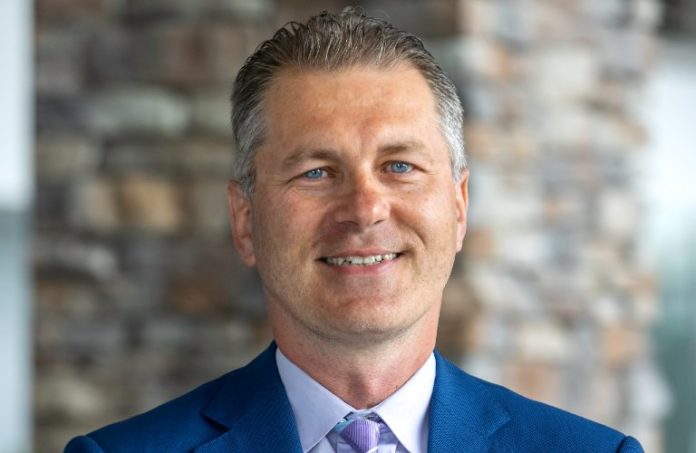 Dylan Wanagiel is ready to go.

The pandemic-related restrictions that prevented putting fans in the stands for nearly a year — the ones that began allowing limited capacity a few months back — are starting to come to an end around the country and in New Jersey.

A limited number of sporting events have been played before a full-capacity audience nationally. And more are being announced every day.

Wanagiel, who was hired by Harris Blitzer Sports & Entertainment to the newly created role of vice president of sports properties and special events earlier this month, is tasked with making sure the Prudential Center is ready to ride the coming wave of events.

As someone who has made a career out of conceiving and booking sporting events, Wanagiel said he’s never been more excited. It’s go time, he said.

“We have very active conversations going on with sports promoters and special event promoters,” he said. “And we’re all feeling similarly that the avalanche is coming, the dam is about to break. We’re going to be back in business pretty quickly.”

Wanagiel will be responsible for pursuing, booking, retaining and the original creation of sports programming and non-ticketed special events across all HBSE properties. Wanagiel, highly regarded in the industry, comes to the job after more than two decades in similar roles at Madison Square Garden.

He said he is eager to compete with the Garden for all types of sports events — everything from combat events (think mixed martial arts, boxing, kickboxing, college wrestling and even pro wrestling) to dirt events (think Motocross, Monster Jams and X Games) — to everything in between. And at all levels, even high school competitions.

“We’re interested in talking to anyone who has an incredible event, because we want to bring it here,” he said.

Wanagiel, a lifetime New Jersey resident, has dreamed of working at the Prudential Center since it opened more than a decade ago.

“I was born in New Jersey and I’ve lived every day of my life in New Jersey,” he said. “For me, it became Plan A to land at the Prudential Center.”

Wanagiel discussed his hopes and plans for the job with ROI-NJ. Here’s a look at the conversation, edited for space and clarity.

ROI-NJ: Combat sports were one of the first to return to large capacity crowds — first overseas and then in Florida. It was another example of the sport’s continually increasing popularity. Let’s start there: Is that an area of focus for you in the new job?

Dylan Wanagiel: Absolutely, 100%. That sport is still exploding. UFC is on ESPN, virtually every weekend. Bellator MMA now has a big deal with Showtime. PFL MMA is on ESPN as well. I’m a huge fan of it and I’ve worked with all those brands in the past. So, it’s literally my job to bring in more great combat sports across the whole spectrum of combat sports to the Prudential Center: MMA, boxing, kickboxing, even college wrestling. That whole universe is a focus for sure.

ROI-NJ: You mentioned collegiate wrestling. I know that is a passion of yours — and I know it is part of one of your signature accomplishments. You created and served as executive producer of “Grapple at the Garden,” the nation’s premiere college wrestling dual meet — an event whose success helped deliver the 2016 NCAA Division I Wrestling National Championships to Madison Square Garden for the first time in history. Rutgers University, which has wrestled at the Garden, is a budding NCAA power. Talk about bringing collegiate wrestling and Rutgers to the Pru Center?

DW: I consider (Rutgers coach) Scott Goodale a close personal friend. He’s not only a tremendous coach, recruiter, but great person and a great visionary for the sport. So, we’re certainly hopeful to work with them in the future on an event.

I worked with him at the Garden when I created the Grapple at the Garden event. He was the first coach I spoke to when I started diving into college wrestling. It’s an incredible sport, and these student-athletes are just criminally underappreciated for how incredible they are, how hardworking they are. If you’ve ever met a wrestler, you realize very quickly how disciplined they are.

DW: The Prudential Center has had the high school hockey championships here before, and we’d certainly like to continue that. It’s a great event for the kids and the fans. The high school wrestling championships in Atlantic City is an unbelievable event. I’ve had friends whose sons have wrestled down in Atlantic City. And huge kudos to the state of New Jersey for being one of the first states to sanction girls’ wrestling, which continues to grow every year. And it will be long before that will rival the boys’ event.

ROI: The phrase ‘all events’ brings a lot into play. At the Garden, that included the NFL and NBA drafts, the Millrose Games, American Cup gymnastics and a number of egaming events, including a series of League of Legends signature events and the 2019 Fortnite Summer Block Party. That’s a lot of diversity. Are all those on the table?

DW: New Jersey, and specifically northern New Jersey, is a true melting pot of ethnicities. So, we’re trying to bring in programming to appeal to a very wide, vast array of audiences.

ROI: Of course, that’s when the state allows you to increase to full capacity — and when fans feel comfortable doing so. On one hand, you’ve been in this industry for your entire business career. But, on the other hand, the business that will emerge this summer may be unlike the one that shut down. How do you judge the long-term potential impact of the pandemic?

DW: There’s no doubt that some element of this is completely unchartered waters. That being said, I’ve been excited to see the success that some of our partners in the industry have already had. UFC already has done two completely sold-out events. One in Florida, one in Texas. And boxing just set a record in Arlington, Texas, where the Cowboys play, with 73,000 people at Canelo Alvarez-Billy Joe Saunders. So, pretty clearly, fans are ready to come back for exciting entertainment events.

ROI: Could the Prudential Center in some way benefit if fans aren’t quite ready to go into New York City — or take the mass transit they used to use to get there?

DW: We’ll have to see. I think it’s a very fair question. I think, from a fan experience, there are some people who maybe prefer to not go into the big city just yet. And that could be a benefit to us. From the promoter angle, everyone’s pretty much ready to go. There are certainly some that are just waiting on official word about capacity restrictions and things like that, which are evolving every day. So, we’ll know more about that in the coming days and weeks.

ROI: One thing for sure, things are happening quickly. With rules and regulations constantly changing — and the appetite of promoters to get their events out there — how chaotic has it been? How do you make a match on dates with so many events flooding the calendar at the same time?

DW: Our calendar is our lifeblood, so we’re all juggling right now. And there’s no real formula for finding the perfect match. You’re talking to the promoter about the content of their event. What is it? What is the rough timeframe they’re looking for? Sometimes, it’s a touring event that is looking to book multiple cities, sometimes it’s simply a one-off. Sometimes, they have a target date they want, and if we can’t give them their Plan A, we hope they have a Plan B or Plan C. That’s really all day, every day.

ROI: And let’s not forget, you’re constantly competing with other venues for the same events. The Prudential Center already has established itself as one of the Top 10 venues in the country. Of course, your old building, Madison Square Garden — which bills itself as the world’s most famous arena — is on that list, too. Talk about working in such a competitive area?

DW: We’re here to compete with anyone for any great event. Northern New Jersey has 4.5 million people; it’s already the fourth-largest market in the nation. Some people might look at New Jersey as an underdog, but I don’t. I’m so proud of being a native New Jersey resident.

I’m here to promote the fact that Harris Blitzer Sports & Entertainment is a great company with great partners, our building is world class, we’re super easy to fill, our operations team is world class and the fan experience — from street to seats — is first class.

Our company has a ton to offer in terms of just rolling up our sleeves and helping promoters build successful events and successful partnerships.