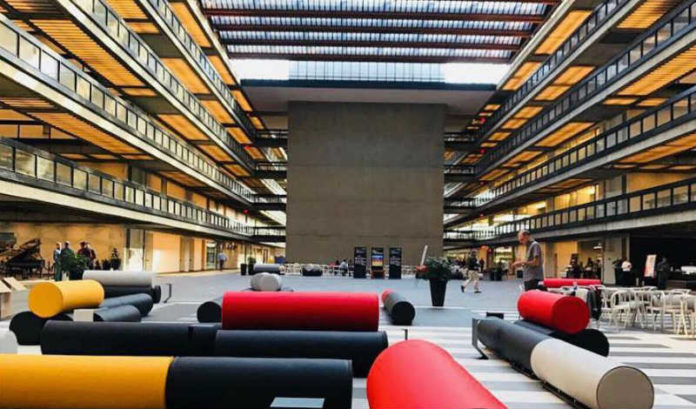 It’s no surprise that NAIOP New Jersey will honor some of the biggest names in commercial real estate — as it always does — during its 2021 President’s Awards Reception on June 17.

This note, however, may surprise you: NAIOP is going to do the event in person — at Bell Works in Holmdel.

CEO Mike McGuinness said the group made the decision to have the President’s Awards as an in-person event back in March — and has not wavered since.

“We talk to the Governor’s Office quite a bit — and we knew it was going to be choppy a bit — but we decided months ago, in March, that our first in-person event would be in June,” McGuinness said. “Since then, we have been polling people informally on Zoom calls, just looking for a nod.

“And all of the most recent polls affirmed what we had planned to do. People are ready.”

To be clear, the event won’t necessarily follow the same script as the pre-pandemic days.

For starters, McGuinness said NAIOP is limiting purchases to just four seats, in an effort to keep numbers down. It’s not necessarily working, though.

Since the event was announced May 7, NAIOP already has sold 80 seats, McGuinness said — roughly half of what NAIOP thinks it may eventually allow.

McGuinness said NAIOP is asking that everyone be vaccinated. And he knows that a new wave of COVID-19 could cancel the in-person nature of the gathering. That’s one reason the event is at Bell Works, which is owned by NAIOP member Ralph Zucker.

McGuinness said a last-minute cancelation of an event in March 2020 cost the group thousands of dollars. Doing it at Bell Works provides a bit of safety net, he said.

“We got burned on that event because it was at a hotel,” McGuinness said. “So, having it at a member’s facility gives us more flexibility and lessens a bit of the liability.

“And Ralph has always been eager to show off is his masterpiece. So, it’s a win-win.”

And the first of many, McGuinness hopes.

NAIOP is planning on doing a July event in person. And its annual gala, normally held in the spring, has been moved to Oct. 7 — indoors, at the Palace at Somerset Park in Somerset.

For now, though, all thoughts are on the President’s Awards — which take on a new meaning this year, McGuinness said.

“We have all learned important lessons during the pandemic, including the knowledge that resilience and endurance require us to be disciplined, focused, flexible, creative, adaptable, tenacious and hopeful,” he said.

Here’s a look at those who will be honored:

Click here for tickets (remember, they are limited and only sold to NAIOP members).