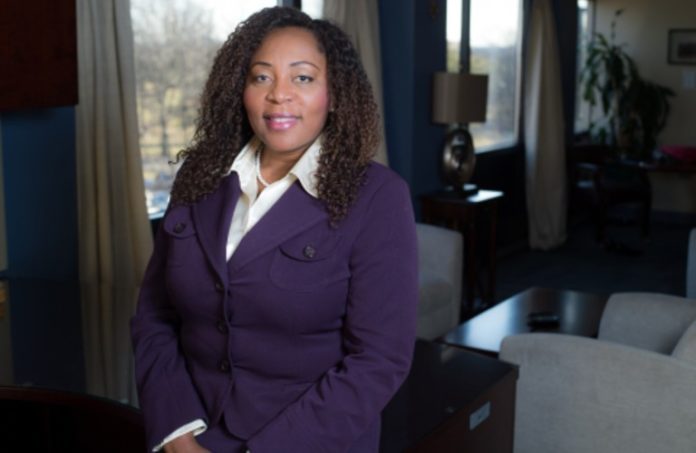 Francine Conway has been named chancellor-provost of Rutgers University-New Brunswick — a new position that combines elements of the chancellor’s and the provost’s portfolio to establish a clear focus on academic excellence for students and faculty, Rutgers President Jonathan Holloway announced Friday.

Conway, who has served as the New Brunswick provost since November 2020, will assume the new position July 1, when she will begin a three-year appointment.

Conway will succeed Christopher Molloy in the chancellor role. Molloy will step down as chancellor in June and, after a sabbatical year, will return to the faculty at the Ernest Mario School of Pharmacy.

Holloway said the new role will support and advance academically centered leadership in New Brunswick, Rutgers’ largest campus and a member of the Association of American Universities.

“Making this change will provide strategic clarity and coherence to governance in New Brunswick and will facilitate a focus upon the student and faculty academic experience,” he said.

Conway, previously dean of the Graduate School of Applied and Professional Psychology and an internationally recognized child psychologist, has emphasized creating an academic home where all members know they belong so they can achieve their goals.

As provost, she embraced a commitment to building a diverse and inclusive environment for faculty, staff and students, including recruitment of faculty from underrepresented demographics and ensuring pathways to success for talented students from diverse and at-risk backgrounds.

“Rutgers-New Brunswick — a comprehensive public research land-grant institution with the combined breadth of academic resources through its alliance with the Big Ten — is poised to deliver on its promise to serve the public; to be a welcoming and intellectually stimulating place for individuals from diverse backgrounds; and to transform the lives of individuals, communities and the world,” Conway said.

Holloway commended Conway’s experience as a highly respected academic leader who has applied her core value of community to creating and fostering a sense of belonging for all at the university.

“Fran Conway brings a deep commitment to integrating excellence and equity at Rutgers and is the right person to lead Rutgers-New Brunswick beyond the pandemic and during a time of global reckoning on issues of social justice and equity that affect us all at Rutgers,” he said.

Holloway also praised Molloy, thanking Molloy for his many contributions to Rutgers, his alma mater.

“Chris Molloy has played a pivotal role at Rutgers again and again, including his excellent management of the largest single merger in American higher education history when he led the integration of the University of Medicine and Dentistry of New Jersey into Rutgers,” Holloway said,

“Anyone who has ever spoken with Chris knows his commitment to Rutgers. Over the past several months, he and I have had many conversations about the chancellor role in New Brunswick, and his valuable insights have greatly informed our next steps.”

Molloy joined Rutgers in 2007 as dean of the pharmacy school. He served as interim chancellor of the newly created Rutgers Biomedical and Health Sciences and, as senior vice president for research and economic development, he expanded the university’s research innovation and mission.

“Leading Rutgers-New Brunswick has been a great and humbling honor, and I am thrilled Francine Conway will guide our academic and research powerhouse at this critical time with her experience and expertise,” Molloy said.

As president and, by that role, as head of Rutgers’ AAU unit, Holloway said he will be working closely with Conway in the months and years ahead to continue strengthening New Brunswick’s academic excellence and reputation.

“I am grateful to Chris Molloy for his advice and dedicated service, and also know that I have the right partner in Fran Conway to take Rutgers-New Brunswick to new heights,” Holloway said. “I believe this partnership will serve Rutgers-New Brunswick well, and, by extension, I know it will serve the strategic priorities and long-term goals of the broader university in the most effective way.”