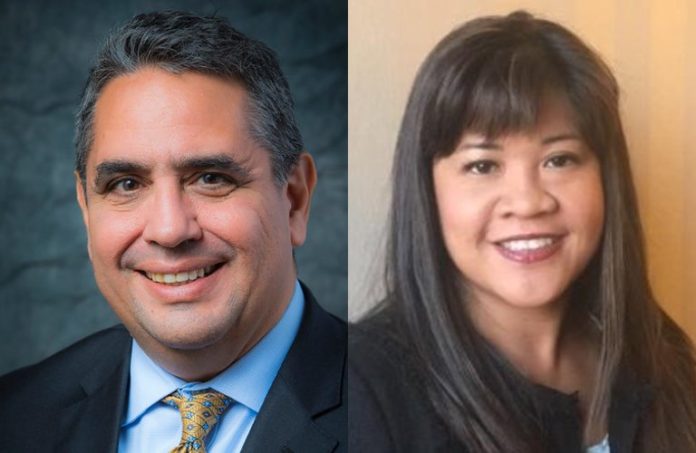 Rutgers Law School co-Dean David Lopez, who oversees the school in Newark, will step down from his post as of June 30, the school announced this week.

Lopez, who became co-dean in 2018, will remain a professor at Rutgers Law. Vice Dean Rose Cuison-Villazor will serve as interim dean during a national search for a replacement, Rutgers said in a news release.

Lopez said personal factors were part of his decision, as both his parents passed away within the past year, and his extended family is out-of-state.

“When you lose your parents, it’s a contemplation of your own mortality and how many minutes you have,” he said in a prepared statement. “For everything, there is a season, a time for every purpose. I made the decision a couple of months ago to step down as the dean to be able to be there for the people who need me.”

Cuison-Villazor will become the first Asian American woman dean at Rutgers Law, and the first Filipina American dean of any U.S. law school, Rutgers said. She has been vice dean in Newark since July 2019, and is the founding director of the Center for Immigration Law, Policy and Justice at the law school.

“I am excited to lead Rutgers Law School in Newark this year, as we return to campus and our classrooms,” she said in a statement. “I am looking forward to continuing the law school’s role in ensuring Rutgers University-Newark as an anchor institution and helping to meet the needs of the Newark community.”

Rutgers said it hopes to have a permanent co-dean in place by fall 2022. The co-dean will serve alongside Kimberly Mutcherson, co-dean of the program based in Camden.

Rutgers-Newark Chancellor Nancy Cantor and Provost Ashwani Monga praised Lopez in a statement to the community:

“David’s leadership has been pivotal in advancing the school’s groundbreaking publicly engaged scholarship on everything from child advocacy and corporate governance to desegregating schools, expanding the rights of immigrants, advocating for equitable growth and achieving algorithmic justice; setting a new standard for engagement with alumni, especially in celebration of the 50th anniversary of the school’s signature Minority Student Program; and the pursuit of racial justice through the law school faculty’s adoption of a resolution last year to develop anti-racist curricular reforms, responding forthrightly to America’s rising consciousness of the need to transform our institutions.

“We could not have hoped for a more forceful advocate and capable ally in all of these areas, which are as critical to our institutional identity and priorities as they are to the law school’s.”

Remnick to give commencement address at Rutgers on May 15