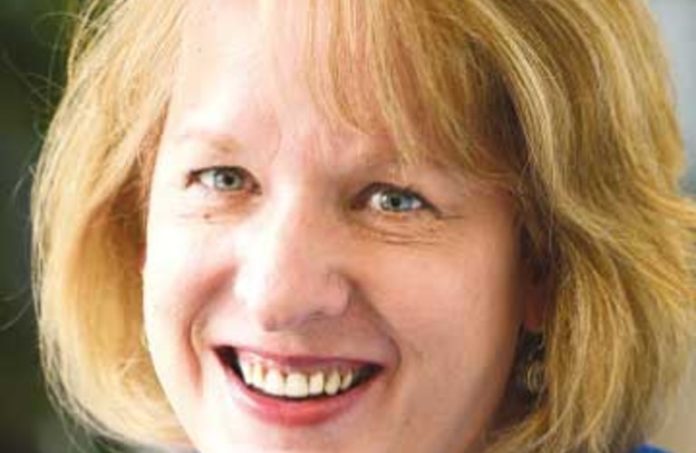 Kim Hanemann will take over as president of Public Service Electric & Gas on June 30, becoming the first women to run the state’s largest utility in its 118-year history, the company announced Monday morning.

Hanemann will succeed Dave Daly, who is retiring after 35 years with the company. She will retain her current title of chief operating officer.

“I’m excited for the opportunity to lead PSE&G toward this new chapter in our clean energy future,” she said. “Our ongoing focus on helping our customers use less energy through energy efficiency, providing them with new clean energy opportunities such as electric vehicles and delivering that energy with more reliability and resiliency than ever before will position PSE&G to lead our many diverse communities into the future.”

Hanemann joined PSE&G as an associate engineer in 1986 and has held leadership positions in both electric and gas field operations.

In 2019, she was named to her current role of senior vice president and COO, where she is responsible for PSE&G’s electric, gas and customer operations, as well as the company’s asset management and centralized services organization. She also oversees execution of the company’s large utility construction projects.

“Kim is a dedicated and respected leader in the energy industry who has been a champion for PSE&G’s customers and its workforce,” Izzo said. “She built our Delivery Projects & Construction organization from the ground up and has been responsible for ensuring the on-time, on-scope and on-budget implementation of the utility’s multibillion-dollar transmission investments.

“Kim’s leadership on these projects helps ensure system reliability across the Northeast, allowing us to maintain safe, reliable service for millions of customers. She is instrumental in the success of our operations.”

Hanemann, who joined the industry when few women were involved, said she appreciates the fact she was able to rise through ranks — and recognizes that she is a trailblazer.

“I studied engineering at Lehigh in a time when there were only a handful of women in my graduating class of mechanical engineers,” she told ROI-NJ. “I came to Public Service right out of college, when there were very few women in field operations.

“So, I lived through having to be accepted and included in the workplace, and I’ve grown from it.”

Hanemann said she has taken it upon herself throughout her career to ensure other women are able to follow in her footsteps. It’s something she will continue to do as president, she said.

“Over the years, people have asked me for the keys to success, to being successful as a woman in a nontraditional field,” she said. “I would talk about having resiliency, a sense of humor, a sense of myself and a thick skin.

“My aha moment came a few years back. I thought, now that I’m in a leadership position, my role as a leader is to create a culture and an environment where folks coming through now don’t have to be as resilient as I was.”

Daly, who will remain in an advisory role through the end of the year, is confident Hanemann will do all that and more.

“I can think of no better person than Kim to lead PSE&G into the future,” he said.

And, while Hanemann is the first woman to lead PSE&G, she is not the first female to head a utility in the state.