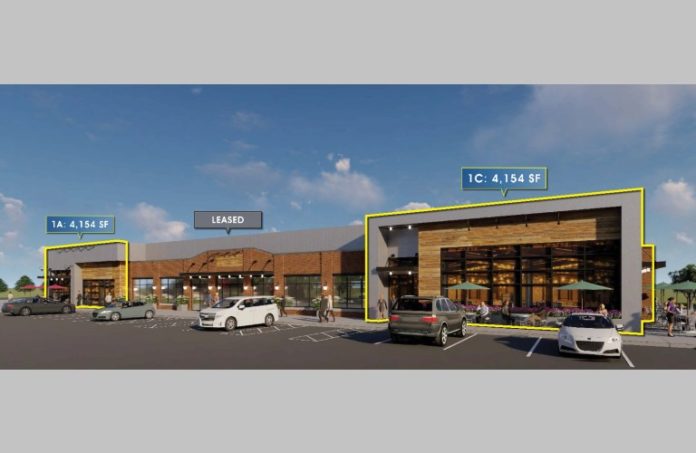 NAI James E. Hanson has been named exclusive leasing agent for the first retail space at the Print House, the redevelopment at the former site of the (Bergen) Record newspaper, the real estate firm announced Monday.

The first phase of the retail component will include 36,529 square feet of space at 150 River St., Hackensack. The Print House will eventually include more than 700 luxury multifamily units and 55,387 square feet of retail space in a riverfront community.

NAI Hanson’s team of Michael Walters, Jonathan Kristofich and Cameron Silverstein will handle the assignment on behalf of the developers, the Hampshire Cos., Russo Development and Fourth Edition Inc.

“With 900 residential units already completed in the city since 2011, and another 4,000 units under construction or planned, the story being written in Hackensack right now is quite incredible,” Walters said in a prepared statement. “The Print House’s retail spaces provide businsses of all types with a once-in-a-lifetime opportunity to secure a spot on the ground floor in this exciting chapter for the city, while tapping into the dynamic growth that will continue to define Hackensack well into the future.”

Among the first buildings slated for completion on the project are these three single-story retail properties, scheduled for occupancy in late 2021. Building One will include 14,308 square feet, while the adjacent Building Two will include 6,195 square feet. At the south end of the development, Building Three will be the largest retail property on site, comprising 16,026 square feet. The buildings will stand at two of the entrances to the overall complex.