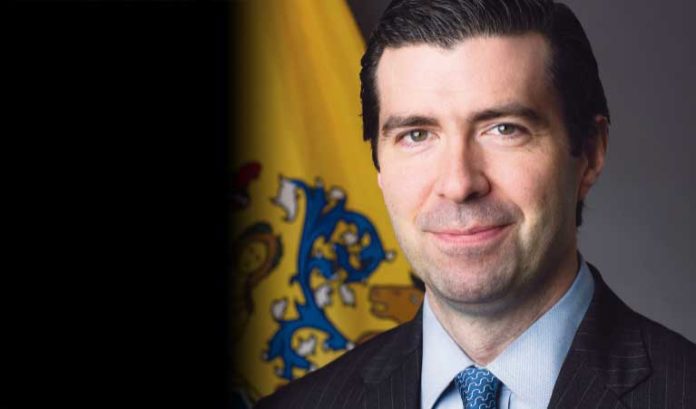 Would your outdated mall attract more foot traffic if it added medical space? Perhaps offices, a walk-in clinic or a testing center?

That large single-tenant office building: Would it be better with multiple tenants, coworking and incubator spaces … perhaps a gym and a few restaurants … and maybe even some housing?

Even the strip mall or oversized lot with struggling retail … is there an opportunity to envision it as a recreational project or green space?

Tim Sullivan, the CEO of the New Jersey Economic Development Authority, isn’t asking municipalities to decide what to do with their struggling commercial real estate. He just wants them to start thinking about ideas. He wants them to come up with a few plans that may or may not be implemented.

It’s the first step toward the future, he said. And the EDA is eager to help with the process.

The EDA’s 21st Century Redevelopment Program — a program that makes grants up to $50,000 available to communities to help them redevelop, repurpose or regreen vacant and underutilized retail or office park properties — currently is taking applications.

Having a vision — even one that is not acted on — could be all the difference for the economic future of municipalities of all sizes. Preparation is everything, Sullivan said.

“Telling a development group, ‘We’d love to see you build “X” here or do “Y” with that,’ is a much more productive and friendlier conversation than, ‘We don’t know what we want, but we’ll tell you after you propose something whether we like it,’” he said.

“That’s not a particularly efficient way to get development going.”

Sullivan not only feels post-pandemic commercial development will be different, he thinks New Jersey’s rich variety of big and small suburban locations — spots that were falling out of favor in the wave toward large urban centers — could be ready for a comeback.

If towns are prepared. And that preparation doesn’t have to start when a business closes or leaves.

“A spot doesn’t have to be vacated,” he said. “It can be properties or parcels that are in transition or heading to that point.”

Take an office park — one of the state’s famed “white elephants.”

“The dream that when Company X doesn’t need its headquarters anymore that you’re going to get Company Y of exactly the same shape and size to move in there is pretty unlikely,” he said. “Most companies want different kinds of space than they did 15-20 years ago, 10 years or even two or three years ago.

“The idea of chopping up some of these spaces into multitenant buildings, with retail on the ground floor, restaurants that are more an employee cafeteria, maybe a place where you can go to the gym before work or a bar to get a drink after — a real mixed-use work and play framework — is very hot right now.”

You can see it in the surge in residential sales, planners say. People have been flocking to the suburbs in search of more open and outdoor space since the start of the pandemic. And business always follows its workers.

“This absolutely has been a part of the emerging recovery narrative that we’re talking about to companies here in New Jersey,” Sullivan said. “It’s increasingly of interest in a way that it was not even 18-24 months ago. The market need is very favorable to New Jersey right now.”

Sullivan said the 21st Century Redevelopment Program is not about reenvisioning Main Street — the EDA has other programs for that. This is about single-owner spaces that need to be reimagined for a post-pandemic reality.

That being said, the program actually was started before the pandemic, which caused it to be put on pause. It’s back. It began taking applications May 24 and will continue to do so for 45 days. But Sullivan said even that date is negotiable.

“If we have an overwhelming amount of interest, but towns say they need more time, we’ll find a way to get it to them,” he said. “We really want municipalities to be thinking about new ways of doing things and will help them get there.”

Sullivan said the program has a handful of applications that were submitted right before the pause — and he knows of a few more that were being considered then and will be submitted now. The more, the better, he said.

Middlesex County steps up in a big way for small business,...