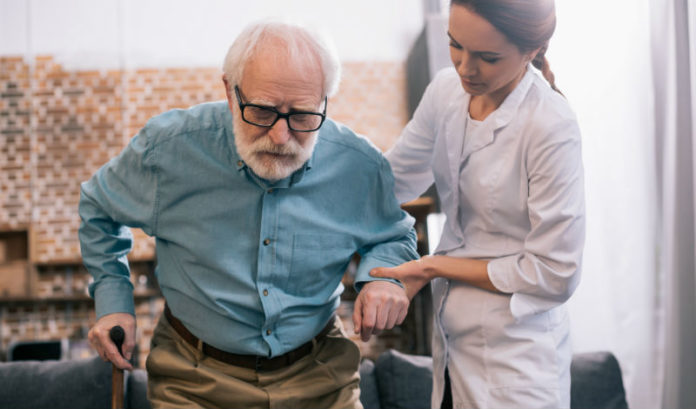 There are a couple of ways to describe the experience of the workers on the front lines of the long-term care industry during the pandemic.

Nursing homes were a prime source of COVID-19’s staggering death toll, with data from the federal Centers for Medicare and Medicaid Services pointing to New Jersey as the state with the highest nursing home mortality rate.

But, there’s also another way that you might describe it from the union’s perspective, terrible as the situation was: Validation of what they do.

A study that appeared in the Health Affairs medical journal in September highlighted that, while more than 40% of all the country’s reported COVID-19 deaths happened in nursing homes, having union workers in these facilities appears to have been associated with lower mortality rates.

Based on an examination of data at 355 nursing homes in New York, the presence of health care worker unions was associated with a 30% relative decrease in the mortality rate at nursing homes, compared with those without union workers.

The researchers noted that, while the exact mechanisms behind that decrease need further study, they went as far as to say that, “Unionization may play an important role in ensuring access to appropriate (personal protective equipment) and implementing infection control policies that protect vulnerable nursing home residents.”

Lloyd-Bollard said the pandemic hosted many examples of how positive a part unions play in the industry, not just for the workers they represent, but for long-term facility residents.

Still, the pandemic was far from a joyous experience for either group. Especially at the pandemic’s outset, Lloyd-Bollard described union members having to perform their work with far less PPE than they felt comfortable with.

“(Members) were getting sick themselves and bringing the virus home, back to their families,” he said. “So, it was a very, very difficult year for our members.”

The membership of 1199SEIU represents about 80 long-term care institutions in New Jersey, and a majority of those facilities will be bargaining for new labor contracts with the union this year.

Lloyd-Bollard said the union is committed to broadly improving the standards in nursing homes going forward, addressing some of the longstanding issues at increasingly for-profit and private equity-owned nursing home businesses.

“We’ve seen these businesses refusing to honor previously negotiated contracts, cutting standards, cutting paid time off,” he said. “Is this really how we should be treating the men and women who worked on the front lines and who we so often hear called heroes during the pandemic? We need to improve jobs in this industry — not make them worse.”

The union representative said the lesson that should have been learned over the past year — when the ongoing narrative was how staffing shortages were exacerbating the deadly situation in nursing homes — is that these facilities should be offering attractive, comfortable and well-paying jobs.

“We simply can’t go back to the status quo that existed pre-pandemic,” he said. “The terrible toll this took on nursing home residents and caregivers should be a wake-up call that New Jersey has to better prioritize both investing in and better regulating a better system of long-term care.”