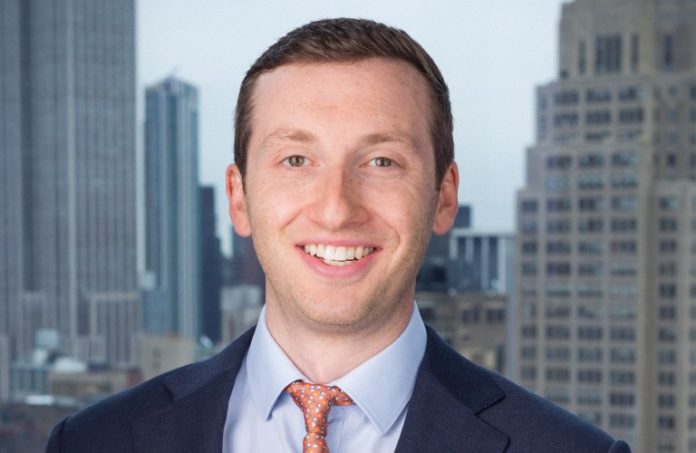 Alexander Erdos, SJP Properties’ new senior vice president of leasing and marketing, laughs as he goes straight for the easy and obvious answer regarding the short-term and long-term future of office.

“I think the played-out cliché phrase that you’re going to hear a ton of going forward is, ‘flight to quality,’” he said.

And then he provided his own kicker.

“Nobody can really elaborate on that effectively,” he said.

That’s not entirely true. Erdos, who joined SJP in April, has two basic trends he feels are worth following as the New Jersey business community begins its return to the office.

“You have a workforce that has been out of the office for a year-plus,” he said. “They need to be energized to return to an office.

“So, going for something that’s tired, of low quality or not optimally located, is going to create talent-retention issues. And, at the end of the day, every company that’s thinking about a location is considering talent. That’s the single was important driver out there for the workforce.”

“Companies need top-end product,” he said. “I think people are going to be far less concerned about how long the commute is, rather than where they’re commuting to.

Erdos, who previously held top roles at CBRE and Transwestern, will work directly with SJP Properties founder and CEO Steve Pozycki. He will be tasked with overseeing business development, leasing and marketing — focusing on expanding SJP’s entire portfolio and spearheading progress on the company’s transformational projects, including M Station at Morristown, 200 Wood Ave. in Metropark, Waterfront Corporate Center in Hoboken and Somerset Corporate Center in Bridgewater.

He recently spoke with ROI-NJ. Here’s a look at the conversation, edited for space and clarity.

ROI-NJ: Let’s start with the question everyone in New Jersey wants to know: Are we going to benefit from a flight to the suburbs as companies rethink the need to be in urban centers, particularly New York City?

Alex Erdos: We’re certainly seeing more activity. I think people are realizing that Manhattan rents are expensive inherently and that you can get high-quality product elsewhere, in places like New Jersey.

This isn’t new. This is something you always see, but we are seeing more tenants exploring an exodus from Manhattan and moving somewhere like the waterfront in Hoboken.

ROI: Where are they going? Does it have to be on the Gold Coast? How big will being near transit be going forward?

Having access to transit is one thing, but also being located in the right market is another.

ROI: Such as where?

It’s very accessible. It has a walkable town center, with lots of retail — it’s amenity retail that you want to go and enjoy. We really believe that these town centers in a high-end location with an amenity-rich type of environment is the future of suburban office.

ROI: This leads to the idea of a hub-and-spoke model, where companies have numerous locations around the state — with the hub being New York City or Newark, or even a Morristown or Metropark. Do you see more of that idea moving forward?

AE: The hub-and-spoke discussion and model has been discussed heavily throughout the pandemic. And it continues to be discussed. It has yet to be proven. But, you have to remember, when you look at the real estate world, it’s a lagging indicator, mainly because of the lead time.

Two months into the pandemic, everyone immediately turned to brokers to ask about the impact on rent. And nobody had the answer, because everybody was still feeling around in the dark. So, the hub-and-spoke model is the same question, essentially.

ROI: When will that be — or when will the start of that be? It feels as if we’re getting closer to the time there is a big return to the office. When do you see that happening?

AE: If companies have real estate needs, they’re now tracking for Labor Day or Jan. 1 occupancy. Those are the two milestone dates that we’re really seeing.

ROI: This takes us back to the beginning: When companies come back, what type of office will they be looking for? SJP just completed its renovation of 200 Wood Ave. in Metropark, which will serve as the new U.S. headquarters for DSV, a global shipping leader. We know there is room for more tenants — are you confident others will pay top dollar for top quality?

If you look at that market, not only is it supply-constrained, but it’s full of a lot of second-rate product. Because SJP has a good reputation and we run a good building, we’re seeing a ton of activity there. At the end of the day, do you want to have a second-rate location where nobody’s excited about being in the building and you’re going to have headaches? We think it’s worth spending a little bit more to guarantee a best-in-class experience.

ROI: We’re guessing you feel the same way about M Station in Morristown. M Station East, which will have Deloitte as its anchor tenant, recently had its topping off ceremony. How is it going there?

AE: I would say even better than planned. It’s off to a really strong start. And, I think, as the first building gets closer to completion, we’re going to see an uptick in excitement and engagement there.

There’s a lot of inquiries, because this is a really unique opportunity. I think people are looking at M Station and realizing this is brand-new construction, a custom product, and it would cost basically triple in New York City to get the same thing.

Now, certain companies need to be in New York City for talent. And that’s never going to change. But there’s also different talent pools in New Jersey that you’re getting access to. And, I think, in order to make sure that you’re able to attract top talent in New Jersey, you’re going to need to have the kind of amenities that M Station is going to have — whether it’s having places to get their favorite coffee or favorite sandwich or going to the Green where they can have a really nice lunch. That’s a big driver.