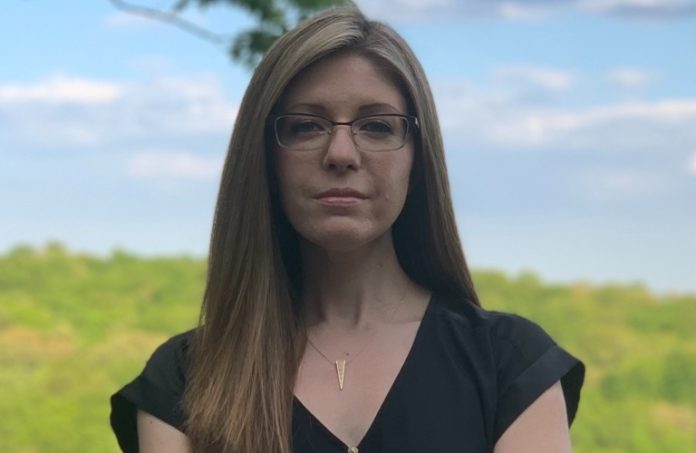 Big Data has a problem of equally large proportions: It’s flying over heads.

But an AI-driven technology (with an acronym that might sound no less complicated) is actually bringing data insights back down to earth. It’s called natural language generation, or NLG.

“A lot of times, knowledge is locked inside of a small group of people who are experts in their field, those who are trained to understand and analyze data,” said Lyndsee Manna, a leader of strategic partnerships and global business at Arria NLG plc.

Not to mention, she added, the way these scientists sometimes convey information lacks one of the primary features that humans have always relied on to share ideas: storytelling. And that’s what this NLG technology is able to do. It tells stories by automatically writing out — “in plain English,” as Morristown-based Arria’s website describes it — explanations of data that an analyst would otherwise have to translate for you.

Why’s telling a story in writing better than something like a pie chart for understanding data? Manna gave this example: In the wealth management sector, if you looked at a chart showing the stocks that are the largest contributors to your portfolio’s performance, it might not tell you that there’s a thin sliver representing a stock you only own one share of that rose more than 500%. That’s newsworthy; it’s also not something you can visually see.

Arria is one of four of the main players — a collection of global companies that are joined by just a few other, smaller competitors — in this still relatively new subfield of AI software. The other three major NLG software vendors are Chicago-based Narrative Science, North Carolina-based Automated Insights and Paris-based Yseop.

Odds are, if an industry involves data, Arria NLG plc will find a use case for its technology.

And one example of that is New Jersey’s recently deregulated sports betting sector, Arria’s Lyndsee Manna said. It’s one of the first sectors she names when providing examples of where her company’s technology is being adopted. And, although she couldn’t provide names of clients, Manna said Arria works with the sector’s biggest player.

“Their use cases (for Arria’s NLG technology) might be understanding how a team is performing against its peers or analytics on types of bets,” Manna said.

Sports betting businesses, which grew in revenue during the pandemic despite last season’s sports shutdowns, have also seen the value of using the AI-driven natural language generation technology to send out personalized emails that feature insights on particular teams and players.

“If you talk about the New York Giants, you’re going to speak to me, because that’s my team — so, I might be more inclined to open an email that breaks down stats on my team,” Manna said. “You’re always looking for relevancy in any automated content generation.

“The best way to engage customers — and perhaps get someone to place more bets in this case — is to make it relevant to them. And that’s what we’re able to help with.”

Manna believes the Morristown company, which is also stationed in the United Kingdom, has an edge over the competition by virtue of having a more configurable platform. It also touts that the output of its AI technology is not robotic prose, but sounds conversational and human.

Arria traces its roots back to an ancient university in Scotland, the University of Aberdeen. That 15th century educational institution holds literary artifacts that mark some of the foundations of the English language. Therein lies what Manna and the company’s leaders view as the legacy of their own language technology.

One of that college’s professors, and now one the company’s chief scientists, Ehud Reiter, literally wrote the book on NLG. In 2000, he co-authored and published the first book detailing it, “Building Natural Language Generation Systems.”

“That is really a book that’s still used globally, not just by us, but competitors, who often cite it as the best ever written about NLG technology,” Manna said. “It’s fascinating, because technical books usually only last five years at most. And here we are, 20 years later, and this is still relevant.”

In the time leading up to the professor writing his book, NLG was still primarily an academic research subject — not a topic for consideration in the business world. He and others saw the potential for commercializing the technology and bringing it to the market.

The technology is being applied to actionable intelligence, or information that can help guide company strategy, in the banking, insurance, energy and pharmaceutical sectors. Arria, which has built COVID-19 case dashboards, works with Pfizer, AstraZeneca and Johnson & Johnson in the latter industry.

“They’re doing lots of use cases of this technology, including with getting drugs to market faster by understanding clinical study reports and tracking what’s going on in the cycle of bringing a drug to market; but also with automating the very regulated process of prescription labeling,” Manna said.

The list of industries embracing NLG increases by the day, she added.

Although it’s not what you’re reading now … news and media outlets are looking to use NLG to assist in authoring stories about traffic or other data-driven journalism. Don’t call it robotic journalism, Manna said — it’s more bionic. There’s a journalist setting the template, but the particulars might change based on geographies with the help of Arria’s platform.

Quick-serve restaurants and online retailers — both of which boomed during the pandemic — are also new additions to the sectors looking to get more out of their data with these tools.

Even the Department of Defense and other federal agencies are utilizing Arria’s AI now through a partnership the company forged with Pathfinder Solutions Group.

“Across all those industries, the goal is the same: We need to understand what’s happening in data faster and take action on it in an intelligent, accelerated way,” she said, adding that, “As markets shift in certain industries to accommodate current lifestyles, the NLG use cases shift, too.”

It comes with an advertised perk that’s no doubt popular: increasing top-line revenues. Manna said an NLG platform’s insights have led to that for some companies.

For a number of reasons — not least of which is that people are just now learning about it — NLG software companies are seeing an increased level of interest in their technology.

“We do expect exponential growth,” she said. “Once a customer does one use case, they often want to use it much more. So, as the customers and industries that are using this technology grow, we have a sort of land-and-expand strategy when it comes to our growth.”

Manna said that, once an NLG company’s customers find one way to use the technology, they tend to want to find more. And, as more industries discover ways to use this AI tool, the growth will be exponential — and as widespread as those who developed the technology hoped.

“The goal of the founding scientists, who are still very involved, has always been the democratization of this technology,” he said. “The philosophy of ‘NLG everywhere’ is still what we stand by. We want to empower everyone to use this technology to facilitate data understanding and to automate the transfer of knowledge.”