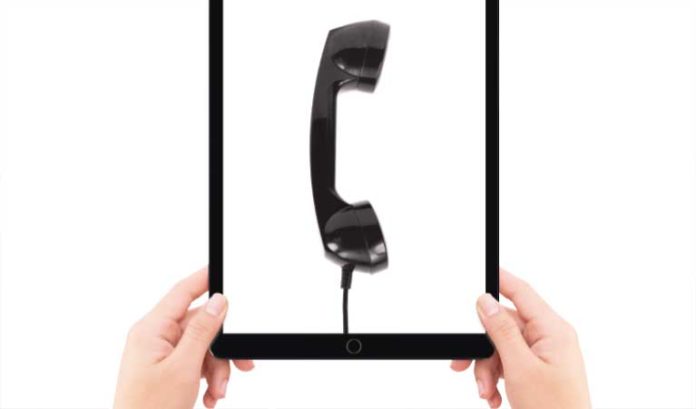 Many companies saw their business come to a halt during the pandemic, but communications companies like Phone.com have seen increases that they hope will be permanent once the pandemic comes to an end.

According to Ari Rabban, co-founder and CEO of Phone.com, based in Newark, the voice-over-internet protocol company saw record growth, and is now serving more than 40,000 small business customers.

Phone.com has several lines of business, but the segments that have grown the most were those involving telehealth adoption — specifically in areas like telepsychiatry or teletherapy.

In an interview, Rabban told NJTechWeekly.com that his company doesn’t usually divide its business into industry verticals, but is instead more horizontally oriented. However, during the pandemic, he noticed an uptick in small medical practices, primarily mental health care practitioners, gravitating towards Phone.com services. That’s because Phone.com offers HIPAA-compliant products, he said.

“Once they sign up for the HIPAA-compliant product, we can record the call and still provide all of the protections required by health care practitioners,” Rabban told us.

The company partnered with a leading HIPAA-compliance solution formed by former auditors and compliance experts, “to offer a worry-free business phone system in the cloud,” the firm notes on its website.

“Your patients might not know that text messaging is not usually HIPAA-compliant. When you receive a text, you can configure Phone.com to notify your patients that they should contact your office a different way to discuss medical information,” the website says.

Rabban also noted that Phone.com’s tight integration with customer relationship management, or CRM, systems has helped boost the uptake of Phone.com’s products. The company is integrated with a lot of medical software aimed at small or even larger practices, so that users can manage any device, such as their iPads or laptops, or conduct patient-facing actions like text messaging and calling via their CRM systems. Practitioners have the information they need on hand.

“Whether it’s just businesses that want to reach out via text or phone or patients, the integration is important, so we see we see a lot of that happening,” Rabban said.

He added that Phone.com will work on the integration of proprietary CRM systems as well.

Transitioning its employees to remote work during the pandemic wasn’t very difficult for “a company like ours,” Rabban said. However, the company was worried about retaining customers in those early months.

In the very beginning, the businesses the company serves — very small to medium-sized companies — often suspended their services until they knew how their own businesses would be affected. They often didn’t give Phone.com any reasons, and sometimes they just went out of business.

Customers who wanted to cancel services were given the option of parking their accounts, so they could use them as much as they wanted for an exceptionally low cost, he said. Other accounts lowered their usage rates to save money, but remained customers.

One reason for this: Folks who were downsizing or starting new enterprises needed a small-business phone system.

“We were working on it already, but when the pandemic hit, we pushed it much stronger,” Rabban said.

There are few really good video-conferencing alternatives for companies that are small, Rabban said. Certainly, he added, Phone.com wasn’t trying to compete with Zoom or even Microsoft or Google.

“We bundled it with the service, and existing customers didn’t have to worry about dealing with another company,” Rabban said.

And people had it as part of their regular phone service.

Rabban pointed to some changes he had noticed over the last year that affected not only Phone.com, but the entire industry.

For example, he had observed a decrease in business purchases of IP phones during the pandemic. This wasn’t too surprising, he said, as the trend had started earlier.

“I think that, when you go to a home office, you don’t buy the physical phones for your desk. You’ll use your laptop as the phone, and you’ll use your smartphone or tablet.”

He added that the younger generation will probably never buy physical desk phones.

Also, he predicted that when people return to their places of work, whether it’s to a coworking space such as Launch Pad in Newark, where Phone.com is located, or a 1,000-person office, there will be a change in the way offices are used.

“It’s not going to be your desk, it’s going to be kind of a floating desk,” he said. “You may have a locker like in college or high school, and you can keep your things there, but, when you come to sit at a desk, this is your desk for today. But, tomorrow, you will work from home, and tomorrow, somebody else will be here.”

This will promote the movement away from physical phones and to the use of laptops as phones.