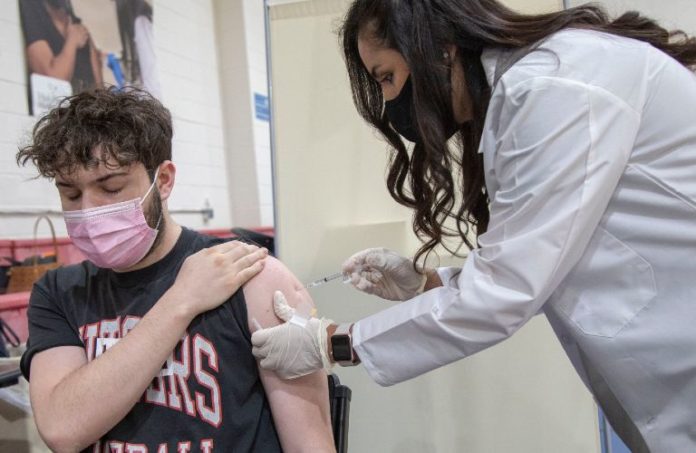 In what can only be viewed as good news for the state’s vaccination efforts, Gov. Phil Murphy announced Wednesday that New Jersey will begin the process of shutting down its six megasites around the state.

Simply put: The sites have served almost all residents who are eager to get vaccinated — and had the ability to get to these sites. Moving forward, Murphy said the state will look to bring more vaccination capability to communities that have struggled to get to the large sites for any number of reasons.

And, while the megasites once represented some of the few places where residents could be vaccinated, there are now nearly 1,800 sites across the state.

“The time has now come for us to begin to transition away from the megasite model we built at the very beginning of our vaccination effort and to the community-based model that will see us through to the end,” Murphy said.

Here’s a look at how it will go:

“We are exceptionally grateful to the health care systems who partnered with us at each of these sites, and to their nursing and administration staffs — AtlantiCare, Atlantic Health, Hackensack Meridian Health, Gloucester County, RWJBarnabas Health and Virtua Health,” he said.

“And we thank all of the partners, whether they be federal, state or local, who provided essential on-the-ground services that made these sites run — including FEMA, the New Jersey Office of Emergency Management and the All-Hazards Incident Management Team, county and local law enforcement, and health officials, among so many others.”

Murphy said closing the megasites does not mean the state feels vaccinations are finished.

“This in no way means that our job is done or that we’ve accomplished our overall vaccination goals,” he said. “We still have work to do.

“We are now at the point where our attention will be focused on the local and community-based sites we’ve spent the better part of the past six months building and supporting.”

Rutgers gets $2.6M grant to study impact of ‘re-lighting’ cigarettes —...