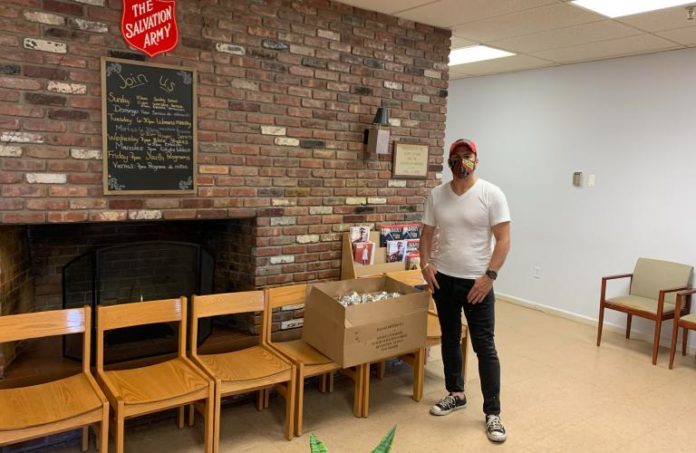 Like so many other family-owned restaurants, Café Torres in Perth Amboy was struggling just to stay open last year, owner Carlos Rodriguez said.

Fortunately for him, his business and his employees, FeedNJ — which is operated by Soup Kitchen 411 — stepped up and started purchasing meals that it was providing for those in need.

Rodriguez said the assistance helped save his restaurant.

“My business was hemorrhaging money and I didn’t think I’d be able to retain even half of my staff,” he said. “FeedNJ contacted me, asking to buy 1,595 meals. It was like a lifeline in the dark.”

It was just the start of its assistance.

Following a $2 million grant from the state’s Sustain and Serve program — plus a $150,000 grant from Middlesex County — FeedNJ began purchasing meals from Café Torres and dozens of other small businesses in great numbers.

In fact, Soup Kitchen 411 recently surpassed 100,000 meals purchased — an act that has given much-needed meals to those in need while helping restaurants stay in business during a time so many have had to shut down.

The meals, purchased from over 80 Garden State restaurants, are served for free at one of the over 25 food distribution centers, soup kitchens or community organizations the program has partnered with in 12 counties throughout the state.

Kevin O’Toole, chairman of FeedNJ and the Port Authority of New York and New Jersey, said the nonprofit is grateful for the grants from the Economic Development Authority and Middlesex County.

“We have expanded our operations significantly and purchased thousands more meals a week from New Jersey restaurants struggling with the pandemic’s impact,” he said. “We are proud to say that we are well on our way to reaching our ambitious goal of 250,000 meals purchased and served by the end of July.”

Tim Sullivan, the CEO of the EDA, said the Sustain and Serve program is having the impact he hoped it would.

“We congratulate the Soup Kitchen 411 team on hitting this monumental milestone, which is a tangible measure of the volume of support provided to New Jersey restaurants, residents and organizations during a time of critical need,” he said.

“Sustain and Serve NJ is enabling organizations throughout the state to provide relief to our restaurant sector while also sharing meals with New Jerseyans facing food insecurity.”

Rodriguez said it’s hard to measure the impact the program has had on his business.

“It is a great help to have these big boosts from FeedNJ that can make up for these slow weeks,” he said. “My team is very thankful because they’re able to get more hours and more work and be able to stay afloat.”

All while helping those struggling with food insecurity.

“I love making food and I love helping people in need,” he said. “FeedNJ has continued to buy enough meals from us to enable me to retain all of my staff members while working for my local community.”