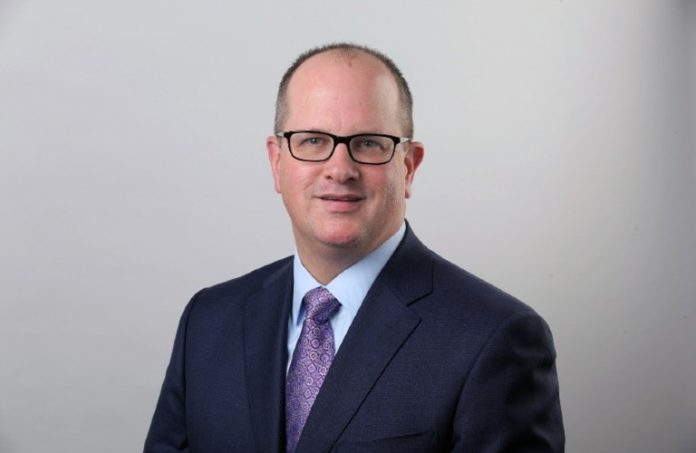 Michael Zwick has been named the senior vice president for research at Rutgers University, the school announced Wednesday.

In this role, Zwick will guide an expanding university research enterprise. In fiscal year 2020, more than $2.6 billion worth of proposals were submitted by Rutgers researchers, while sponsored research from all sources totaled $747 million awarded to 3,709 projects. In fiscal year 2020, Rutgers research translated widely to a rich innovation portfolio, with nearly 200 invention disclosures, over 100 global patents issued and scores of licenses signed with external ventures and industry.

Zwick will begin the role Sept. 1.

“I am thrilled and humbled to join the Rutgers University community and look forward to working with its diverse and talented people,” he said. “I share President Jonathan Holloway’s vision of a beloved community that supports academic excellence and develops strategic clarity for its future success, and I look forward to helping Rutgers achieve these ambitious goals.”

A former Navy commander, Zwick will report to Executive Vice President for Academic Affairs Prabhas Moghe and will be a member of Holloway’s cabinet. He will work closely with Moghe, the chancellors, academic leaders and researchers on Rutgers’ campuses to elevate the university’s research agenda and to enhance its position among the world’s top academic institutions.

Moghe said he expects Zwick to have great impact.

“Dr. Zwick is a respected leader who can further elevate Rutgers’ research in its breadth, stature and substance,” he said. “He is well-prepared to stimulate collaborative leadership to strengthen our research infrastructure and foster change. We are exceptionally proud to welcome Michael and his family to the State University of New Jersey.”

Zwick received a Bachelor of Science from Cornell University in biological sciences in 1989 and earned his Ph.D. in population biology at the University of California at Davis in 1998.

Prior to enrolling at UC Davis, he served as a Navy surface warfare officer and was on active duty during Operation Desert Storm before being recalled to active duty for the Iraq War. Zwick conducted his postdoctoral work at Case Western Reserve University School of Medicine and Johns Hopkins University School of Medicine and continued to serve in the Navy Reserve through 2017, retiring with over 25 years of service.

Trained as an experimental population geneticist in both the Drosophila (fruit flies) and human systems, Zwick’s research uses principles of genetics and bioinformatics to discover the causes of rare and common disorders. He has had continuous National Institutes of Health funding since 2005, and, through his research he has pursued diverse areas of human disease that include autism, dystonia, congenital heart defects, early-onset inflammatory bowel disease, biliary atresia and schizophrenia.

Zwick directs Emory’s All of Us research program, which aims to speed up health research and medical breakthroughs by asking 1 million people to provide the types of information that can help create individualized prevention, treatment and care. He also co-chairs the membership committee for the Autism Sequencing Consortium and led the creation of the Emory Integrated Core Facilities, a team of 135 scientists and technical staff that directly supports researchers with external yearly funding that exceeded $831 million in fiscal year 2020.