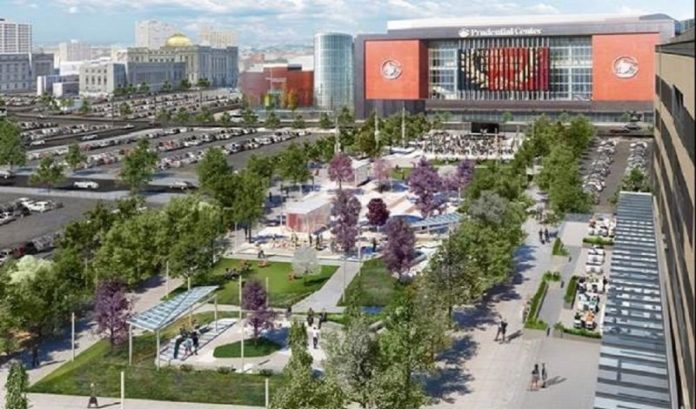 They feel Mulberry Commons, which opened in 2019, will do the same for the area around the Prudential Center and Penn Station.

Parks, economic development experts say, can help build cities and improve the lives of the residents. It’s why Mayor Ras Baraka has put a premium on their development — which is why Baraka was thrilled to see an outside group recognize the effort.

On Wednesday, the Trust for Public Land ranked Newark No. 42 on its Top 100 ParkScore rankings for the country’s 100 biggest metropolitan areas. The score was 27 places higher than the city received in 2020, when Newark ranked No. 69. In 2019, Newark was ranked No. 74.

Jersey City, the only other New Jersey city eligible for the list, came in at No. 46.

The rankings were part of a new TPL report, “Parks and an Equitable Recovery,” which analyzed the role urban parkland plays in urban equity, health, climate and the economy.

“The Trust for Public Land’s report on American urban parks has shown us two things: how far Newark has come and how far we have to go,” Baraka said. “With the addition of Nat Turner Park earlier in our administration, our strong recreation programs and our commitment to improving our greenspaces, we have improved our quality of life and sustainability for our residents.

“We hope that as summer comes, COVID eases and we launch our seasonal programs, residents and visitors take the time to come to enjoy our parks.”

The report noted that 93.7% of all Newark residents, regardless of age or income level, live an average of a 10-minute walk from a park, and that residents in neighborhoods of color have access to 1% more park space per person than the city median and 36% more than those in white neighborhoods. Six percent of the city’s land is used for parks and recreation.

The Trust for Public Land was founded in 1972 by a diverse coalition that believed all people need and deserve access to nature and the outdoors, close to home, in the cities and communities where they live, as a matter of health, equity and justice.

While many conservation organizations set aside wildlands for biodiversity or habitat restoration, the Trust for Public Land said it aims to bring the benefits of parks and nature to the places, people and communities that need them most.