Home Opinion Op-Ed Coach Leadership: What it is — and why its time has come
Facebook
Twitter
Linkedin 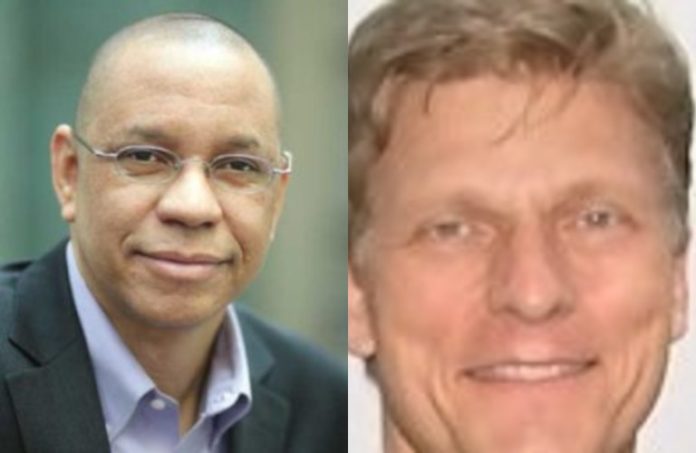 The prevalence of the command-and-control style of leadership has been waning for years. The transition from a manual-labor workforce guided by control-oriented leaders to a knowledge-based economy driven by a highly educated workforce has made the empowerment and engagement of employees more important than ever. The pandemic has only accelerated the transition, as organizations of all kinds have been forced to adapt to a rapidly changing landscape. The focus on managing staff to get compliance is less valuable than developing and inspiring employees in a manner that increases their productivity, engagement and effectiveness.

A tale of two Rogers

We were engaged by a large, global corporation to coach the replacement for a vice president of sales who was perceived to be ineffective because she was not holding employees accountable. To replace her, the company promoted Roger, who had the reputation of being a tough, demanding manager whose main tool for holding people accountable felt like a hammer. A bit like the army lieutenant who interrupted a soldier’s response midsentence, saying: “Shut it down, soldier. I’m on send, you’re on receive!” he was more “tell” oriented than “ask” oriented. We were engaged to help him adjust to his much larger responsibilities and to work with him to ease what might have been a jarring shift away from the beloved former leader.

We worked with Roger to help him understand, and perceive in real time, the negative effect that his communication style and demeanor tended to have on some people. With coaching support, Roger developed habits of asking questions and listening well before commenting or making decisions. He blended his typical metrics-based method for helping reps meet sales targets with a coaching style that made it clear that he was partnering with them for their success.

By shifting his command-and-control style to connecting with his people through his newly acquired coaching abilities, he achieved a powerful balance that helped many more of them succeed. At his first annual sales meeting as their leader, he opened the awards ceremony with a 25-minute talk giving his view of all they had accomplished together and how they would continue to grow and improve in the coming year. When he concluded, the room rose as one, showing their appreciation with a standing ovation.

To boss or to coach …

Did you ever work for a boss who was truly bossy — a kind of Roger without the coaching? Your work was most often prescribed in detail, and, when the heat was on, the only acceptable question in response to the demand that you jump was, “How high?”

Now, shake off that unpleasant memory and think of the kind of manager who really sees you — a manager who takes the time to listen and has the genuine curiosity to get to know your strengths and weaknesses. This boss aligns you with work that allows you to shine and supports your growth and aspirations. You may have been fortunate enough to have reported to a manager like this, and, if you have, it may have been a once-in-a-career experience. Because, sadly, having a leader like that is not a common occurrence.

Why not? Why would that be so uncommon when we have years of research and lots of persuasive examples that demonstrate the superiority of that approach? Well, in the movie, “The Rookie,” when his son asks why he left professional baseball after an injury, Dennis Quaid’s character replies, “It’s never one thing.” Likewise, the barriers to changing an approach that worked so well for so long in an industrialized environment are many.

One example is a reasonable belief that bosses become bosses because they have superior knowledge or capability. That easily leads to the thought that their job, their value, is based on having all the answers and telling the workers what to do and how to do it. Such deeply ingrained mindsets with a history of delivering real value have a lot of momentum, and the thought of abandoning them can be threatening.

While business acumen and technical or professional capability are without question still required of good managers, they are no longer the differentiators they once were. In today’s complex and rapidly changing environment, extraordinary leaders should not only have those skills, but they must master the art of “Coach Leadership,” which requires them to motivate employees by asking powerful questions and demonstrating active listening skills.

Why is Coach Leadership so important and valuable today? The pace of business and the constant need to change to meet the demands of the marketplace have put pressure on firms to operate in a much more agile and flexible way than was typical even 10 years ago. There is no longer the luxury of layers of management to deliberate for long periods on proposals for new products or added software features. Decisions must be made more rapidly and closer to the action to keep up with the pace of business. It is also very costly to hire new employees, so meaningful engagement is more important than ever. This means that a leader’s best chance for success is to find the right talent and coach them in a manner that leads to enhanced performance and greater employee satisfaction. In today’s competitive post-pandemic environment, control-oriented leaders will lose staff, while coach leaders will attract the best and brightest employees. What type of leader is your organization cultivating?

Dale Caldwell and John Griffith are co-founders of the Coach Leadership Institute, which researches, trains and supports coach leadership around the world. Caldwell is the executive director of the Rothman Institute of Innovation and Entrepreneurship at Fairleigh Dickinson University. He can be reached at drdgcaldwell@gmail.com. Griffith is the founder of Griffith Training Consultants, a leadership development company established in 1999. He can be reached at jpgriffith.gtc@gmail.com.

Tips to help your business prepare for natural disasters

‘Green’ builders can do more to reduce our carbon footprint