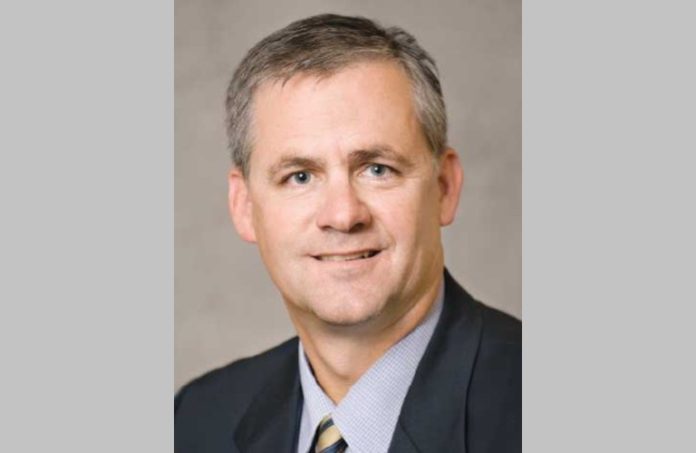 Jim Fakult, the president of Jersey Central Power & Light, was elected to a two-year term as chairman of the New Jersey Chamber of Commerce’s board of directors, the state chamber announced Tuesday.

Fakult, who leads the FirstEnergy Corp. subsidiary that is one of the state’s major utilities, was confirmed by the Trenton-based organization’s board June 3. In his new role, he replaces Linda Bowden, the retiring PNC Bank executive.

Fakult had been the first vice chair for the past two years, and has served on the board since 2013.

“I have seen and worked with a number of chairs on the chamber board of directors — all accomplished business leaders,” he said in a prepared statement. “It is a privilege and honor to continue their work. The state has come through tough times, and there are exciting but pivotal years ahead. The New Jersey Chamber will continue to serve as the champion of the New Jersey business community, so the state remains a prominent and inclusive place to do business, and to succeed.”

Fakult has been with FirstEnergy for 33 years, and has overseen JCP&L’s operations since 2013. For the past year, he has served on Gov. Phil Murphy’s Restart and Recovery Advisory Council, helping plan the restart of the state economy post-pandemic.

“We are extremely fortunate to have Jim’s leadership at this crucial time,” chamber CEO and President Tom Bracken said in a statement. “Jim has long been a powerful supporter of the New Jersey Chamber, the business community and the state of New Jersey. Jim’s experience and dedication will serve the New Jersey Chamber and New Jersey well.”

The board also confirmed the rest of the slate of officers for the 2021-23 term. They include:

Murphy: Many reasons workers aren’t back