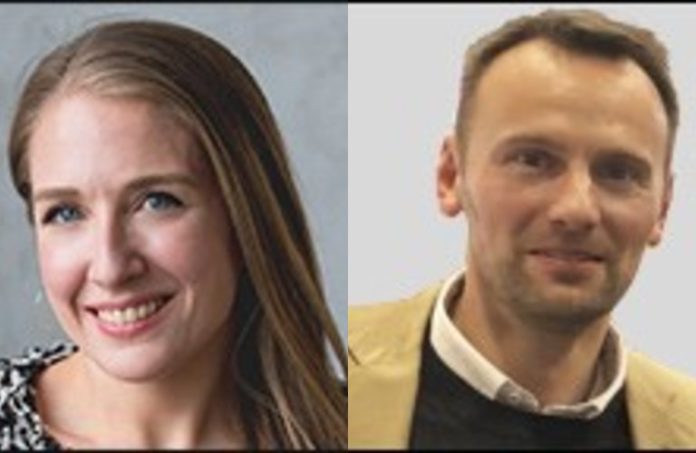 Thorlabs, the Newton-based photonics equipment manufacturer, has named a new president and a new chief technology officer, it announced recently.

Jennifer Cable, representing the second generation of family leadership, was named president earlier this month. She assumes the role from her father, Alex Cable, who has served as CEO and president since the company’s founding in 1989. Alex Cable will remain CEO.

Jennifer Cable has been with the company since 2015 in a variety of roles.

“I’m thrilled to have an opportunity to co-lead with my father the company he founded,” she said in a prepared statement. Even as a child, I was aware of the fundamental values he instilled to guide the organization — curiosity, commitment to the sciences and loyalty to our customers and employees.

“It’s my goal to continue his vision as we look to build on our 30-plus years of success and strong growth.”

Fendel joined Thorlabs in 2013 as director of its Laser Division, and he has worked with Alex Cable since 2010, the company said.

“Peter brings years of both technical and leadership experience to his new role, and shares both Alex’s and my vision for Thorlabs,” Jennifer Cable said. “Together, we intend to live our mission by advancing the development of, and our investment in new technologies.”