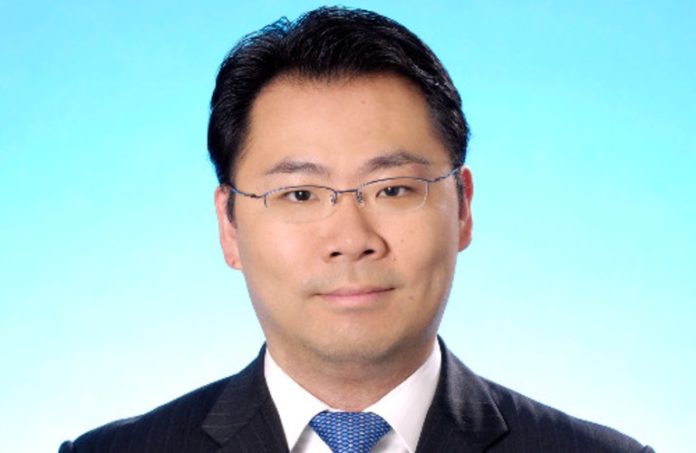 Many people saw the breaking news earlier this week that Aduhelm, a drug produced by Cambridge, Massachusetts-based Biogen to treat one aspect of the fight against Alzheimer’s disease, was given accelerated FDA approval, becoming the first Alzheimer’s drug approved in more than two decades.

What you might have missed is this: The drug is being co-developed and co-manufactured by Eisai, the Tokyo-based pharmaceutical firm that has its North American headquarters in Woodcliff Lake.

Eisai Chairman Ivan Cheung said the reason is simple: Biogen and Eisai agreed that Biogen would take the lead on the product in the U.S. while Eisai co-promotes the product.

“In countries such as Japan, and in many parts of Asia outside of China and South Korea, Eisai takes the commercialization lead and Biogen participates in the co-promotion. There, Eisai has an 80% financial interest and Biogen has a 20%. interest.”

Of course, the bigger question is not which company gets the credit, but just how significant Aduhelm (aducanumab-avwa) can be in the fight against Alzheimer’s, a disease that impacts more than 6 million Americans.

Aduhelm is the first Alzheimer’s disease treatment to address a defining pathology of the disease by reducing amyloid beta plaques in the brain.

The accelerated approval has been granted based on data from clinical trials demonstrating the effect of Aduhelm on reducing those plaques, a biomarker that is reasonably likely to predict clinical benefit — in this case, a reduction in clinical decline.

Cheung said the new drug is historic, but he said the announcement must be viewed with caution.

“We definitely believe this is a historic moment,” he said. “But I also want to say that this is a humble beginning in the journey to really address the root causes of Alzheimer’s disease.”

Eisai officials know this as well as anyone. In 1996, the company launched Aricept in collaboration with Pfizer — a product Cheung said is still the gold standard to treat the symptoms of Alzheimer’s. Very few FDA approvals have been given since.

Cheung spoke with ROI about Aduhelm and all things related to its production and potential. Here is a look at the conversation, condensed and edited for clarity.

ROI-NJ: How significant is the approval of Aduhelm?

Ivan Cheung: This is a historic moment. But are we saying that we have cured Alzheimer’s? Absolutely not. More work needs to be done to further study aducanumab in both the real world and additional trials. Additionally, more targeted therapies will need to be further developed and researched so that, one day, we can potentially go from slowing down the disease to, one day, being able to stop the progression of the disease.

So, this is just a humble milestone. But, having said that, it is a historic moment, because, in any innovation, you have to start somewhere. I think it’s going to usher in a new era for research and for investment.

ROI: You mention more research, more trials and more study. When the FDA approval came, some felt it was too soon — that Aduhelm had not proven its efficacy enough. What is your reaction to that?

IC: The dialogue with the FDA lasted over two years. We sent over more than 2 million pages of scientific data to the FDA. So, this has been reviewed by the FDA for far longer than any other standard approval process. We don’t pretend that the data is perfect. It’s not. Having said that, the FDA understood all these analyses and dissecting the data that there is, indeed, substantial evidence of effectiveness to approve this drug based on the accelerated approval.

It is approved based on the biomarker — in this case, the amyloid beta plaques in the brain — and by the regulatory standards of the FDA. The biomarker has to have a reasonable likelihood to predict clinical benefit. Not guaranteed, but reasonable likelihood to bring clinical benefit. If you look at the prescribing information, which is a public document now available for the public to see, you see all the results both on the biomarkers and clinical endpoints. Patients and health care professionals can look at it and make the most appropriate decisions for their patients.

ROI: What are the next steps in getting this drug to market?

IC: Step one is to make sure that Aduhelm will be available to the appropriate patients. This is a drug for the specialists. There’s no point to having a new therapy if the right people cannot benefit from it.

The second step, which is going on now, is to work with health authorities in other parts of the world to get (Aduhelm) across the finish line. Our goal is to make this available to people around the world.

ROI: If I have a loved one who may benefit from Aduhelm, how long might it take before they are able to get it?

IC: It will depend on where you live in the country and whether you have nearby neurologists or specialists. If you only have a primary care physician, you will need them to refer to you to a neurologist, who will look to see if an individual is suspected of Alzheimer’s disease based on the clinical diagnosis or symptoms. To confirm that, they will have to do a diagnostic test to confirm the presence of accumulation of amyloid beta. Because, otherwise, if you have no accumulation of amyloid beta, there’s no point to give this drug.

So, depending on where you live in the country will determine how fast you can get those steps done. It could be a couple of months.

ROI: How have Biogen and Eisai been preparing for this moment?

IC: For the past year, we’ve been working on a lot of major sites across the country to get major hospital systems and major medical centers ready. At this moment, we believe we have about 900-plus sites around the country who are ready. They know how to screen and diagnose patients, they know how to administer the drug, they know how to monitor for any side effect. And, from our conversations with them, they already know who those people are. They already have identified people who will be immediate candidates to receive this therapy.

ROI: Will there be enough of the drug to handle a rush of requests?

IC: As of this moment, we can supply to approximately 1 million patients on an annual basis, and we are capable of scaling up to produce enough drugs for 4 million patients per year. So, I would say for the next couple years, the manufacturing capacity is certainly there. And there certainly have been plans for expansion.

(Cheung said the initial production sites are in North Carolina and Switzerland.)

ROI: Final question. When the drug was announced earlier this week, it also was announced that it would come with a $56,000 annual cost — which resulted in a lot of push back. Give us your thoughts on the price?

IC: We believe the price is fair and reasonable, and that it reflects the overall value of this therapy not just for patients, but also for caregivers and society at large. If you look at the data from the Alzheimer’s Association, on an annual basis, the country spends approximately $600 billion in terms of direct and indirect costs, caring and treating, taking care of this horrible disease — and it’s been nearly 20 years since a new treatment option is now approved by the FDA for this disease.

So, the amount of time and investments into this innovation at both Eisai and Biogen has been great — and we’re not stopping. There is a lot of research that we have to continue to do so that, one day, we will have enough tools in our toolbox to really defeat this this disease.

I think all of those factors do need to be considered. And I think you also saw that both Biogen and Eisai are committed to no price increases for the next four years, as we see how this therapy does in the real world.