Home Tech Recruiting with a purpose: Why Verisk decided to bag the swag for...
Facebook
Twitter
Linkedin 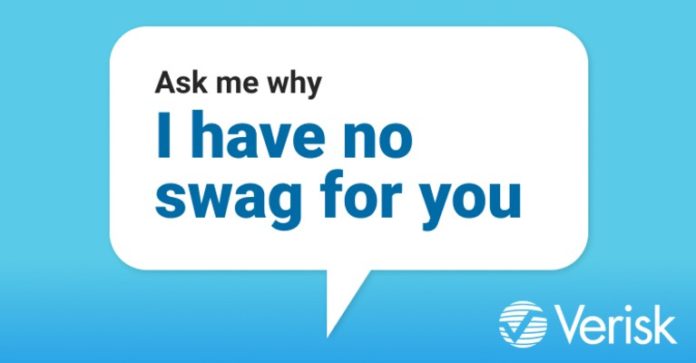 Felicia Fleitman remembers what it was like to recruit college students before the pandemic.

“One of my jobs was to select what our swag would be,” she said. “What were we going to put on our table that was going to attract people to come up and talk to us — and have enough staying power so they would actually bring it back to their dorm and think about us in the future?”

Fleitman, the university relations and strategic pipelines lead at Verisk Analytics in Jersey City, said she also remembers all the waste that came from it.

“As I was going through all the different swag opportunities — and thinking about the budget we had to spend on them — I started to wonder: ‘How much of this is just going to end up in a landfill?’” she said.

“It seemed so wasteful. There had to be a better way.”

Verisk feels as if it has found it.

The company no longer gives away swag — and it will not do so when it returns to on-campus recruitment events.

Instead, the company has started what it calls its Purposeful Giving Program, which allows interested students to vote on which of four preselected nonprofits would receive a donation from the company.

“We thought, ‘Wouldn’t it be cool if, instead of giving out swag, we let this generation of college students — a generation we know are really environmentally conscious and civic-minded — join us in giving back to the community,’” she said.

The change came at just the right time.

Recruiting for this summer’s interns and new hires was all done virtually. Pens, shirts — even small containers of hand sanitizer — had no value.

“I think we were the only company actually prepared to give out swag virtually,” she said. “After every single virtual career fair, virtual conference, virtual info session, we provided students with a link to our site and the ability to designate a charity where we could make a donation in celebration of meeting them.”

Fleitman said the company pre-selected four options, nonprofits it already had a relationship with through other corporate social responsibility initiatives:

At the end of the recruitment season, Fleitman said Verisk tallied the votes and made four donations which totaled $25,000 — more than its usual budget for swag.

Fleitman, however, said the company feels it is worth it.

Verisk has received positive feedback on the program — and will continue it this fall, when Verisk begins the annual process of identifying approximately 100 interns and 50 full-time hires.

Fleitman, who said the company plans to begin the season virtually, said she already has a plan for when Verisk returns to in-person events — and it has to compete with the objects others are handing out.

The no-swag program has the potential to touch thousands of students, Fleitman said. That’s a win for the company — and for the nonprofits, she said.

“Verisk has a history and a culture of giving,” she said. “This is another way we can give back.”