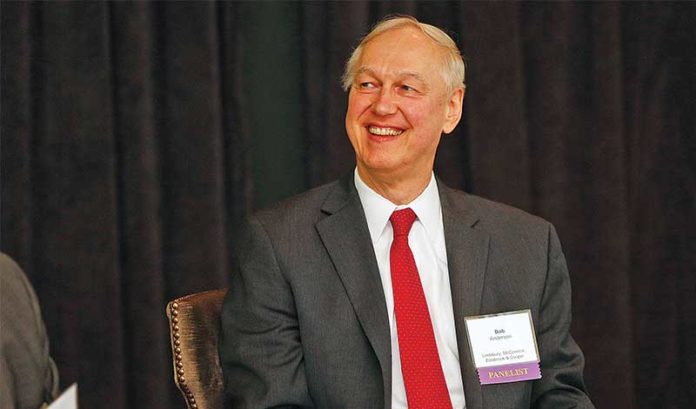 There were many years of advocates advocating, lobbyists lobbying and cannabis businesses doing everything but selling cannabis in New Jersey; a fix for one of the prime issues for cannabis on the federal level has been teased just as long.

But there was a victory at the end of all that waiting for cannabis industry proponents. An adult-use marijuana reform package was signed into law by Gov. Phil Murphy in February, meaning New Jersey has a green light for a regulated cannabis market.

Yet, the years haven’t apparently provided enough time for federal-level leaders to resolve the other issue: the fact that marijuana is still categorized as an illegal substance and so restricted as an industry that banking institutions can get into.

The possibility of a solution before New Jersey’s industry gets off the ground appears unlikely, according to Bob Anderson, shareholder at Lindabury, McCormick, Estabrook & Cooper P.C. However much it has been talked about, the experts want to reiterate: This is going to be a problem for an industry that is promising big opportunities and big tax dollars.

“It has led to situations in which you have people walking out of these businesses with backpacks full of money each night,” Anderson said. “It’s very dangerous.”

When you pair this with the aspiration of bringing cannabis investments into communities most adversely affected by the war on drugs, it’s a gale-force headwind for the industry’s local start.

“These neighborhoods that we want to favorably impact and get businesses into might also be ones that are more likely to have higher crime rates,” he said. “But, if businesses are stuck dealing with only cash like that, you might be creating security issues and attracting crime. … You might be setting up an unfavorable environment for those businesses to actually succeed.”

The recently enacted New Jersey Cannabis Regulatory, Enforcement Assistance and Marketplace Modernization Act, which decriminalizes marijuana and hashish possession, operates under the canopy of two federal laws that came 40 years before it.

In 1970, the Controlled Substance Act placed marijuana in the most restrictive class of drugs, Schedule I. And the Bank Secrecy Act of the same year made it so banks have to report to the federal government any suspicious or illegal activities of their clients.

This puts banks in a limbo. With the threat of being seen as facilitating criminal activity or money laundering, most major banks have outright refused to get involved with the industry, not even letting auxiliary cannabis businesses open banking accounts.

As a result, Anderson said, cannabis businesses in other states that have legalized marijuana can’t write checks, and have to deal solely in cash. There are some smaller institutions that have been willing to open up banking accounts with cannabis companies.

“But they try to keep that fact fairly low-key,” he said. “It’s not something you’ll find in their marketing materials.”

One might expect that last month’s news of the House of Representatives passing the SAFE Banking Act, which would allow financial institutions to lend money to legitimate cannabis-related businesses, means a change is on the way just in time for New Jersey’s adult-use recreational market.

Not so fast, Anderson said. We’ve been here before.

There was a whole year’s worth of promising back-and-forth discussion behind a similar bill between 2019 and 2020. But the progress was lost, as it failed to clear the Senate.

“The problem has been, time after time, when the bill gets to the Senate, it dies there,” he said. “Well, (the SAFE Banking Act) was passed again in the House by a very substantial vote — much more than a small majority. This is something that’s heavily favored by both sides of the aisle.”

But the focus in Congress is currently chained to issues like the administration’s infrastructure bill, Anderson said. Adding that with President Joe Biden’s often lukewarm reception to marijuana reform, it’s not clear what the future of the bill will be.

Even if current Senate Majority Leader Chuck Schumer (D-N.Y.) might be friendlier to cannabis legalization than past leadership in Congress, Anderson said it’s likely that he wants to push for a more comprehensive marijuana reform bill that includes more items than the SAFE Banking Act.

In the interim, an industry that posted $17.5 billion in sales in the United States last year cannot accept credit card payments or cut checks for payroll.

“At least, when it comes to financing, the alternative for some has been to try to get lending from actors outside of the banking system, which can sometimes be sketchy operations or individuals who are willing to lend sometimes at higher rates than a bank might typically charge,” Anderson said.

Some cannabis businesses have also raised capital directly from private equity groups. Anderson said that poses a problem for New Jersey’s push to give a large share of cannabis licenses to minority- or women-owned businesses.

“The arrangements made for businesses in those categories depend on those (disadvantaged groups) largely controlling, substantially, the operations of the business,” he said. “And, if an outside investor comes in with a large sum, they’ll want significant control, which may make it more difficult for those enterprises to keep the status they need to still fit in those categories.”

To top it off, all-cash businesses have never made for the most favorable circumstances for tax collection, Anderson added. Perhaps unsurprisingly, there’s a slight tendency to underreport financial transactions compared with everything being run through bank accounts.

“Until this is sorted out, this issue — which has been difficult for cannabis businesses in other states — will continue to be difficult in New Jersey,” he said.

Robert Schiappacasse, co-chair of the cannabis industry practice group at Sills Cummis & Gross P.C., said businesses in other industries take for granted that they’re able to work with any bank they choose. Not so for this industry.

“And the inability to access conventional sources of financing through federally-chartered lenders has clearly been a significant issue for the industry,” he said. “So, these businesses have only been able to use a credit union, and only if they’re lucky to be operating in a state that has a chartered credit union for cash deposits for their business.”

Schiappacasse said it’s important to keep in mind that banks are lobbying (with a well-established and very powerful lobbying apparatus) for this to change just as much as the cannabis industry itself. They want these new clients.

It’s partly for that reason he’s optimistic banks will be able to participate in this industry eventually … even if passage of the current SAFE Banking Act isn’t the safest bet.

“Personally I think, as with any legislation these days, its success really depends on what conditions the Senate will put on the bill and whether that’s acceptable when it goes back to the House,” he said. “Still, it seems that progress is being made and something will be done to allow the industry to bank. Whether it looks exactly the way it did as it came out of the House recently is another question.”

At last, N.J. has incentives again: Breaking down what’s inside Economic...