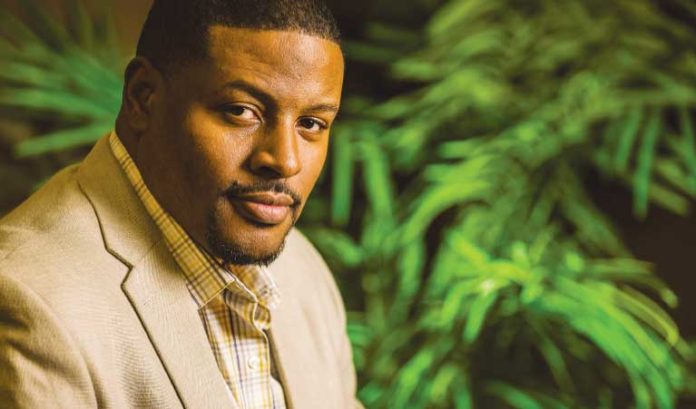 LaQuay L. Juel has found himself on 250 acres of land in West Africa, where he lives and now works to grow an international hemp business. It goes without saying — he’s far from the Atlantic City he grew up in.

But the far-reaching effect of the U.S.’ international war on drugs always makes it feel like home.

Juel co-owns New Jersey-based Obsidian Elite Investment Association with Tammeisha Smith. They’re woven into the patchwork of efforts made to help communities most ravaged by the prohibition of marijuana benefit now that it’s being legalized in the Garden State. In their case, it’s by finding an outlet to invest in the companies soon to spring up in the adult-use market.

Although the endeavor, which officially got underway in 2019, was temporarily paused when the pandemic hit, it still amassed more than 3,000 members. The goal is to allow these members to benefit from the profits of New Jersey’s recreational marijuana business applicants through the organization’s social equity investment fund, a private holding company called Emerald Elite Acquisitions.

Juel has, in the meantime, eyed a hemp business in Senegal, where 40 years of U.S.-inspired drug control efforts — a trade-off many foreign governments made to receive aid — have made growing marijuana for recreational use a non-starter.

While based in West Africa, and while still working on building an international operation from there, Juel, like other advocates, as well as activists, has continued to watch closely whether New Jersey’s approach to legalization has maintained a promised social equity stance.

He’s not overly thrilled with developments on the Atlantic Ocean’s opposite coast.

“When I look at how we’re doing, I think, like usual, it’s two steps forward, three steps back,” he said. “I don’t believe we’re holding up to a promise of real social equity. We might even be following the same systemic racist pattern.”

As someone working to secure a measure of economic justice during the cannabis rollout, Juel has engaged with organizations such as Black churches and local Hispanic chambers of commerce about what the phasing out of underground marijuana sales — what he and others call the legacy market — might actually mean.

“Our research shows that about 20% of gross domestic income in the informal economy of New Jersey’s Black and Latino communities can be traced to this legacy market,” he said. “The community is not always aware of what that loss of revenue is going to cost them. And yeah, it’s illegal — but that’s who has been holding this market down for the past 100 years.”

Here’s one way of looking at it, from Juel’s perspective: If the new legal, adult-use market became the sole source of marijuana sales, there would be a 20% deficit in liquidity in those communities that came from those pure cash transactions. That’s about $9,000 per Black household, he said.

“Those participating in the legacy and now-legal market were peoples’ sons, daughters, husbands, who with their revenues were giving money to grandmas, aunts, whoever,” he said. “Whatever they did with the revenues, it was recirculated into the community.”

So, when he hears that a certain percentage of New Jersey’s cannabis business licenses will be put aside for minorities, he also hears this: A far larger majority of those businesses can end up not being run by people of color. Juel said that would almost exactly flip the 85% market share enjoyed by these communities now in the formerly illegal marijuana trade.

“Even among the reserved licenses, the extensive application process makes it so the individuals who will be owner-operators in this market are not those who participated in the legacy market, but Black professionals already well-equipped to go through the process,” he added.

In addition, Juel welcomes disabled veterans and women being included in the 30% total of licenses allocated to disadvantaged business enterprises. But, he would argue that these weren’t the populations harmed by the war on drugs, so reserving a certain number of licenses for them wouldn’t, in his view, redress wrongs of longstanding prohibition.

The war on drugs proved particularly costly for the Black community when factoring in incarceration. The ACLU reported, based on 2018 New Jersey arrest data, that Black Jerseyans were arrested for marijuana possession at a rate 3.5 times higher than white counterparts.

“And far as having a policy that does something for communities disproportionately affected by the war on drugs, I believe the conversation has been significant, on a large scale — the media has done its job,” he said. “But those conversations haven’t actually penetrated the surface in a productive way, at least, not yet.”