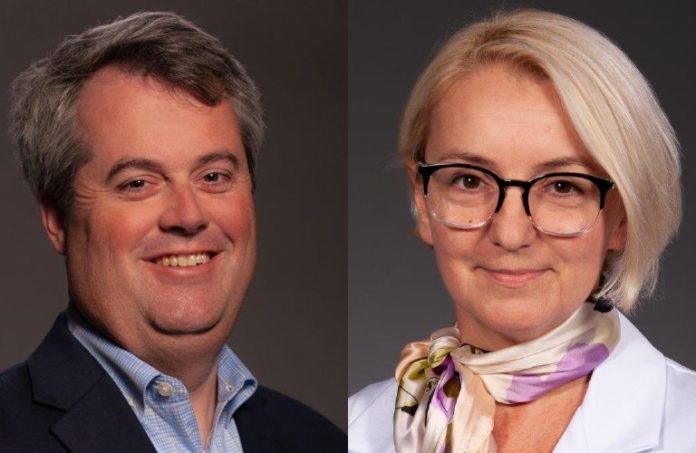 Ryan Younger talked about propensity modeling and data science, reactivating patients through the use of consumer relationship management tools — and the incredible increase in revenue that came from the campaign.

In other words, he used all the phrases you would expect to hear from a vice president of marketing.

But the recent efforts of Younger and the marketing team at Virtua Health to increase breast cancer screenings by more than 350% can’t be — and perhaps shouldn’t be — measured in any metric other than potential lives saved.

That was the message of Dr. Elizabeth Revesz, a fellowship-trained breast surgeon who specializes in the diagnosis and treatment of breast abnormalities and high-risk breast cancer.

Revesz saw how the efforts of Virtua’s marketing team filled up the screening schedule — undoubtedly helping her team catch some potential problems in their earliest stages, thus improving treatment and chances for a complete recovery.

“This is a dream come true,” she said. “This type of early screening is what we’ve been talking about for years. And there really wasn’t anything this targeted and so effective as this was.”

The marketing push, Revesz said, came at a perfect time, as it helped bring in those who may have put off regularly screenings because of the pandemic.

“We have been trying to put the word out there, telling people not to miss their screenings,” she said. “It’s extremely important. Breast cancer doesn’t stay stagnant because there’s a virus out there.

“So, we needed to get people in here. We were starting to catch up a bit, but now, we’re really having a little avalanche in the office. We can feel how this campaign worked so well, because we do see an increase in our numbers.”

In marketing, it’s all about numbers and messaging.

Younger and the marketing team worked with various other teams in the system — including the clinical teams — to craft the right message.

“We crafted our language carefully,” he said. “We were not trying to pretend to be a doctor. We were really trying to empower people to make decisions.”

Younger said Virtua, collaborating with SymphonyRM, was able to build models that identify people at higher risk for breast cancer who would benefit from screenings.

Younger said Virtua went to great lengths to caste a wide net, ensuring that those who are most vulnerable were getting the word.

“A big part of what we’re trying to do at Virtua is address the social disparities of health care,” he said. “This marketing plan is aimed at finding people at a higher risk of disease that haven’t necessarily accessed those services, and get them access.”

The targeted campaign group had a response that was 3-4 times that of the control group, resulting in a 350% increase in screenings, Younger said.

That increase, Younger said, can be connected to a gain of more than $750,000 in revenue.

“When we look at a population that respond, if they become patients, we can look at the revenue associated with the services that they use,” he said.

Then again, it’s not necessarily about the bottom line.

“We certainly never want to be seen as doing that for revenue,” he said. “What we’re really trying to do is connect them to care. But, when they do get connected to care, we can measure what services they use.”

The efforts are far from over. In fact, Younger said they will never stop.

“This is gong to be an ongoing campaign,” he said.

And not just for breast cancer.

Younger said the group is looking at additional screenings to target, including heart disease and other cancers, including colorectal and lung cancer.

“Where the screening guidelines are moving to younger people,” he said.

Younger said Virtua may also reach out to those who have recovered from COVID-19, too.

Really, it’s about connecting with anyone who will listen and come in.

Revesz, who encourages a yearly mammogram for anyone woman over 40 — or anyone who is 35 and high-risk — feels other marketing programs could have the same success as the breast cancer screening outreach. It’s a new era in preventative care, she said.

“People are listening and paying attention to their own health more,” she said. “In a way, the pandemic kind of brought that to the forefront, because people are saying, ‘If there’s this scare, maybe there are other things that I need to look into.’

“I think people are getting smarter and they’re being educated from the medical standpoint, because they are now watching us and watching the CDC more than ever before. Little by little, they’re trusting us more.”