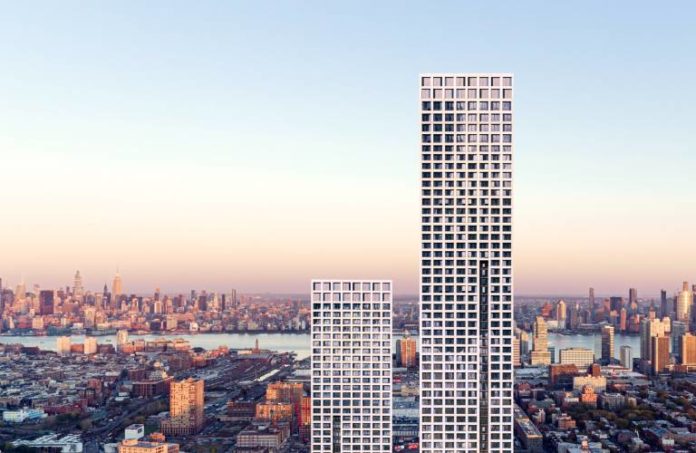 Calling Journal Square the most exciting market in the state, Jersey City Mayor Steve Fulop said a number of development projects currently in the works will transform the area in ways many have dreamed of for years.

“If you fast forward five or six years, Journal Square will be a very different place,” he said. “It’ll actually be the heart of the city again — and it will be the destination that we always wanted it to be and be restored to.”

Fulop was talking in a previously recorded interview with Amir Korangy, the founder of the Real Deal, that was aired Tuesday as part of the Jersey City Summit for Real Estate Investment. Fulop said Jersey City still is in the middle of a renaissance — one that now is turning toward Journal Square.

Fulop rattled off a number of key projects in the area — including One Journal Square, the renovation of the Lowe’s Theater, the recently announced Pompidou Center and others.

All told, 13,000 residential units are under construction or approved for development.

And that number may soon be growing.

Fulop said the city has a memorandum of understanding to purchase two properties near Journal Square from Hudson County Community College.

“They are two large properties that we’ll be taking, pending approval from the city council,” he told ROI-NJ.

Fulop said it’s all part of an effort in the area.

“We’re just getting more involved in the revitalization of Journal Square,” he said. “We’re putting significant dollars and resources into it — and this is just another example of that.”

Fulop said he is confident there will be a lot of interest in the properties. Jersey City, he said, has not reached capacity.

“There’s a lot of investment there and a lot of interest still,” he said.

The only thing missing is the drama.

Clearing the suit was just one of the reasons that development is soaring, Fulop said.

“Journal Square is in a good place,” he said. “We’re through the litigation and, I think, looking forward four or five years, it’s going to be a very different place.”

Transformation plan at Bed Bath & Beyond results in 6 senior...

Restoration plans in the works for historic Loew’s Theatre in Jersey...